An innovative hypersonics programme has suffered a failure, with a prototype scramjet missile failing to perform properly and crashing into the Pacific after less than a minute in the air. 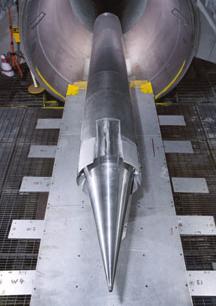 Aviation Week reports that a "HyFly" test airframe was launched from an F-15 fighter above a weapons range on the California coast on January 16. The magazine quotes a Pentagon spokesman as saying that the test was "unsuccessful... The scramjet engine did not operate as expected and after approximately 58 seconds of flight, the vehicle impacted the ocean."

The HyFly ("Hypersonic Flight Demonstration") is an especially cool kind of hypersonic jet, as it is intended to run on relatively ordinary JP-10 hydrocarbon fuel rather than on hydrogen like most planned scramjets. This is good, because hydrogen is difficult to store and extremely bulky compared to denser, more normal fuel.

As an example, the proposed A2 hydrogen hypersonic airliner is bigger than an Airbus A380 superjumbo, yet it can carry barely a third as many passengers because it is mainly a vast cylindrical hydrogen tank.

Scramjets normally use hydrogen because it burns especially quickly and easily, which offers a decent chance of maintaining combustion even when air is flowing through the engine supersonically - hence the name, supersonic combustion ramjet. Normal ramjets slow the air down to subsonic speed, but the resulting drag limits them to the Mach 3-4 range.

The HyFly uses a technology called dual combustion ramjet, or DCR, in which there are separate intakes shaped so as to produce both subsonic and supersonic flows into the engine. The heavy hydrocarbon fuel burns first in a subsonic flow, breaking down into lighter products which can then - hopefully - finish combusting in a supersonic-flow part of the engine. 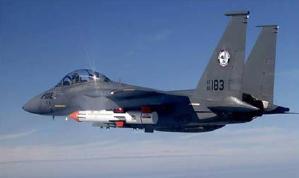 The DCR compromise was conceived at the Johns Hopkins University Applied Physics Laboratory. It is now being taken forward jointly by the US Office of Naval Research and DARPA - the American warboffinry bureau with deep pockets and a revolving door to the mad scientists' asylum.

DARPA had hoped that DCR might let a smart missile running on JP-10 get up to Mach 6 cruise speed and fly 400 nautical miles to its target. However, the recent test failure follows a "partial success" last December, in which HyFly reached only Mach 3.5 - failing to beat ordinary ramjet performance. The two failures could put a question mark over the whole DCR concept.

Still, a half-scale prototype job did briefly reach Mach 5.5 in 2005, and there have been successful windtunnel tests at Mach 6+.

Aviation Week reports that this "was believed to be the last attempt in the DARPA-led effort to evaluate the weapon's rocket-boosted ramjet-scramjet propulsion system". Other reports had it that DCR was a likely candidate to propel DARPA's upcoming "Blackswift" reusable hypersonic plane - but this might now be in doubt. ®

Coal is cooked and gas is dissipating, as renewables delivered a fifth of all EU juice in 2022
Science2 Feb 2023 | 4