HTC Advantage gets a facelift

The Advantage’s detachable keyboard now offers haptic feedback that, much like a similar feature on the recently updated U600, vibrates when users touch it. 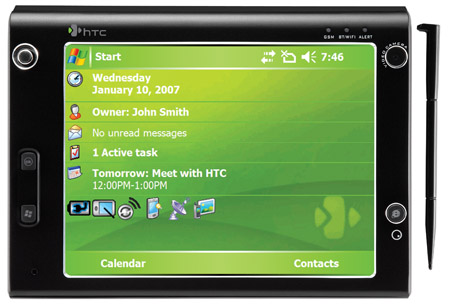 Internally, HTC has built in a customisable home screen to allow for one-touch access to all of a modern handset’s vital functions, such as emails, text messages, missed calls and the major city’s weather conditions. 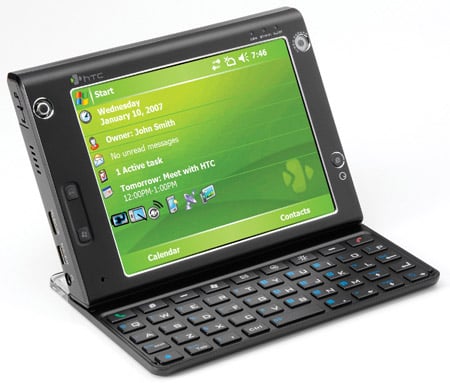 You’ll also be able to browse around web pages, documents, messages and contact lists with greater fingertip ease, because a TouchFlo function has been added to the Advantage.

In terms of connectivity, not much has changed on the Advantage. Users still get a quad-band GSM/GPRS/Edge handset, with 802.11 b/g Wi-Fi connectivity and a 5in display. Bluetooth 2.0 is on-board and you’ll be able to listen to music stored on the device’s mini SD card through its 3.5mm headphone jack.

HTC’s updated Advantage - sometimes referred to as the X7510 - will be available in selected European countries next month, which hopefully includes the UK. An updated price however, hasn’t been given yet.