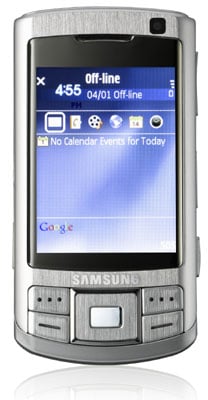 The stainless steel styled handset - shades of Shine here, we'd say - sports a 2.6in, 240 x 320 display on which it displays the Symbian OS' S60 user interface. It has tri-band 3.6Mb/s HSDPA 3G connectivity backed by slower GSM, GPRS and Edge. 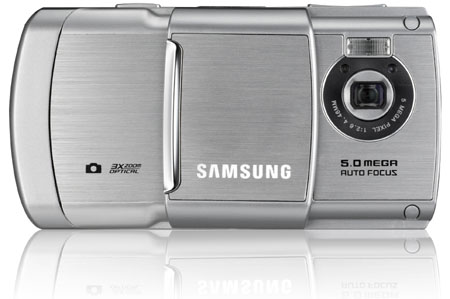 Perhaps its most impressive specs are its camera's: a five-megapixel sensor with autofocus, a xenon flash and a 3x optical zoom. The G810 has GPS on board too, and if you don't want to use it for navigation, you can let it stamp your snaps with the location from which they were taken.

The 103 x 52.9 x 7.9mm handset's not the slimmest slider we've seen, but by putting up with the thickness you get a 3.5mm headphone jack and a TV output port. The G810 also has Bluetooth 2.0, for wireless transfers.

The SGH-G810 is due in the coming quarters.