DVB-H is a version of the DVB-T digital broadcast standard re-engineered to make it easier for mobile devices to pick up and decode. It's not widely available - it isn't available at all in the UK, at least not commercially - but now it's become the European standard for straight-to-phone telly transmissions, we're likely to be watching more of it very soon.

Nokia's sufficiently confident in the technology and consumers' demand for it, that it's going to incorporate DVB-H playback in the upcoming successor to the N95, the N96.

Back to PacketVideo, which used the Mobile World Congress show in Barcelona to show off the unstylishly named PacketVideo Mobile Broadcast Receiver. 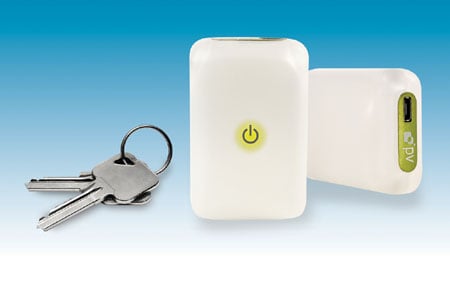 The MBR tunes into DVB-H transmissions, decodes them and sends the back out over Wi-Fi in a form mobile devices can pick up via their built-in web browsers.

PacketVideo was keeping mum about the finer points of the product, but it did say the MBR is powered by a USB-rechargeable lithium ion battery.

Alas, it's pitching the product not at punters but at mobiler carriers and other service providers, who it wants to rebadge the MBR - giving it a snappier name in the process, hopefully - and sell it or give it away with DVB-H subscription packages.