The internet as a platform? Not as ISP bloodbath looms

After 15 years of utopian gibberish about the "internet as a platform" that (of course) "changes everything", the pigeons are finally flying home to roost. In 2008, IP networks look less like the future of media, and more like tarpits that promise to bankrupt anyone who tries to run one. Especially the middlemen - as the distributors look like going to the wall first.

These brutal economics are highlighted by a new bulletin from Telco 2.0 today. The analyst outfit has looked at the early impact of the BBC's iPlayer streaming service, and has been modelling data costs derived from the UK ISP Plusnet. The analysis makes grim reading for anyone who doesn't own and operate a major network.

In only its first month of service, iPlayer pushed up ISP costs by 200 per cent, from 6.1p per user to 18.3p per user. This obliges ISPs who are simply BT resellers - and most are - to order more pipes; yet there's no extra income. Remember that this is the low-bandwidth version of iPlayer, not the high resolution, high traffic P2P service, which uses much more bandwidth. And of course, it's early days - we're at the beginning of the iPlayer adoption curve. January's figures involve just 19 minutes of TV per viewer for the month.

(The BBC estimates 17 million programs have been streamed or downloaded with up to 500,000 a day).

In other words, viewing iPlayer today costs your ISP a penny a minute - but the ISP isn't gaining any additional revenue from you. Nor is it being subsidised by the content provider, the BBC, to carry those streams.

Surprisingly, the costs for ISPs who have made an investment in their own infrastructure is little better. 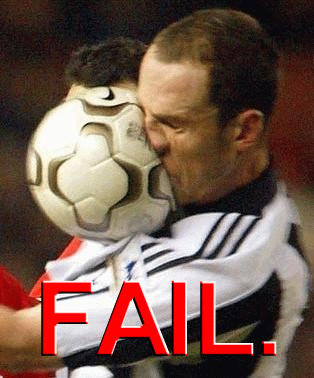 "The problem with the current ISP model is it is like an all you can eat buffet, where one in 10 customers eats all the food, one in 100 takes his chair home too, and one in 1,000 unscrews all the fixtures and fittings and loads them into a van as well."

No wonder a bloodbath looms.

The streams go up, who cares where they come down?

Now let's compare how that penny a minute stacks up against "old media" distribution platforms, the very ones that expensively-paid internet evangelists and New Media consultants have been telling us are extinct dinosaurs.

Telco 2.0 notes that "the BBC paid just £99.7m for distributing its broadcast TV signal last year, £42.6m for its radio signal, and only £8.8m for its online content. This is out of a total of £3.2bn licence fee income."

Not surprisingly, Ashley Highfield, the BBC head of interactive who's ultimately responsible for iPlayer, is beginning to sound like Tom Lehrer's Wernher von Braun.

"Our impact on ISPs has been negligible," he insisted recently.

Yet that's demonstrably wrong - and the 19 minutes per viewer per month is only the beginning. In STL's model, nineteen minutes per viewer per month generates 1,116GB in traffic for their hypothetical ISP. A more realistic figure of an hour a week per viewer generates 15,837GB. And mass adoption, whereby the typical viewer gets an hour of TV from their ISP a day, generates a staggering 111,161GB. [A confusing typo left a lot of you scratching your heads: these figures refer to STL's model, not a single user - sorry about that.]

All of which must be paid for by the ISP. That's not Ashley Highfield's department.

The economics of broke

Surprisingly, the economics for ISPs who have made an investment in their own infrastructure fare little better. If you own or operate your own network, as BT and Virgin do, then there's a little scope. Virgin, for example, can divert on-demand TV programming off the ailing internet and down a dedicated data path on its cable network instead. BT, because it operates an end to end service, can also lower costs a little. But not much.

There's another elephant in the room. As we noted here, yesterday, the brave new world of Web 2.0 doesn't generate any meaningful additional income. Social networks illustrate how hard it is to get advertising revenue even with a mass audience. It's the dirty secret the technology utopians never like to talk about.

So that leaves the end user footing the bill for the privilege of watching and downloading media content. Metered pricing - severely metered - looks like it's here for the foreseeable future. And that smoking wreckage you just passed was the ISP industry.

"Father of the internet" Robert Kahn wisely points out that we're at the early stages of innovation in packet networks. That applies to business models too. But let's not delude ourselves that the economics of distributing media today over IP networks are a luxury that only the gigantic networks can afford to dabble with.