Updated Fujitsu Siemens is taking on the likes of Asus, Toshiba and Sony with ultra-compact 1kg laptop of its own, this one with a 8.9in, 1280 x 768 display and HSDPA/HSUPA 3G connectivity. 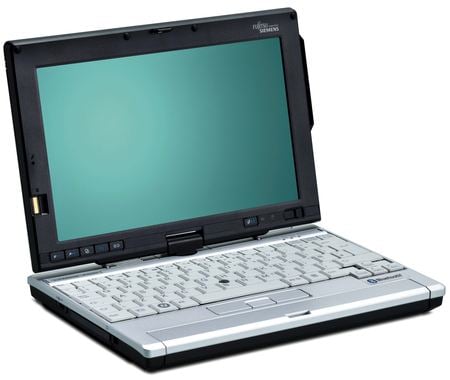 The high-speed cellular technology is optional, but if you don't want to pay a premium for it, the Lifebook P1620 has 802.11a/b/g Wi-Fi built in as standard. Bluetooth too. 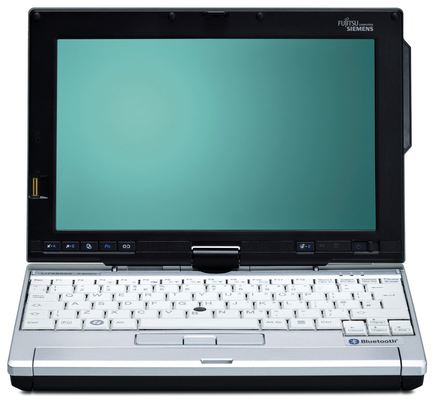 Fujitsu Siemens didn't say much about the P1620's internals, but since it's a Centrino-branded machine, it clearly relies on Intel chippery. Storage? Good question - and when FS deigns to say more we'll fill in the blanks. 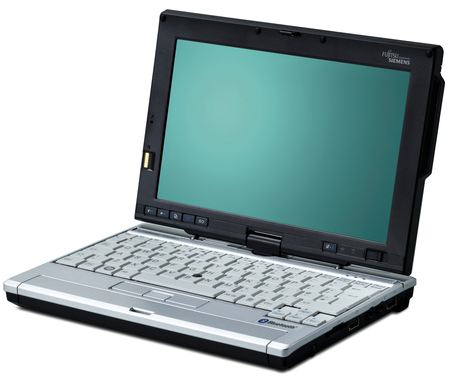 Solid-state storage on board?

We can say it has a couple of USB 2.0 ports, a fingerprint scanner, audio ports, an SD memory card slot and a PC Card slot. There's no touchpad, it seems- the P1620 relies instead on a ThinkPad-style joystick. There's no internal optical drive so far as we can see.

The battery's a three-cell unit capable, we'd say, of running the P1620 for four hours, based on what FS claims for the optional six-cell power pack.

Not just a sub-notebook, the P1620's also a tablet, with the screen, once opened, able to rotate 180° in either direction. Set to be pitched at professionals, the laptop comes with a fingerprint sensor.

Thanks to everyone who mailed in the US specs.