A Polish building contractor working at London's Great Ormond Street Children's Hospital was given his marching orders after a security guard caught him having sex with a Henry Hoover, the Sun reports. 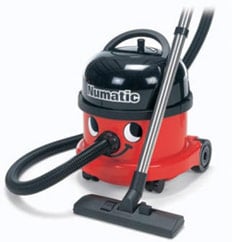 The unnamed perv was supposed to be locking up the site, at hospital admin offices, but was instead discovered in the staff canteen "naked and on his knees with the smiling cleaner".

The "horrified" guard told the chap to "clean himself and the hoover", then ejected him from the premises. The unnamed vacuum-molestor later told his bosses he was actually cleaning his underwear, describing this habit as "a common practice in Poland".

His employer, HG Construction, was having none of it. The company said: "That behaviour is not acceptable, though it gave a few people a laugh." ®

Plus: CFO says Chips ACT cash might continue because US govt will be competing with Asia
Systems8 Dec 2022 | 1