'Because the iPhone is rubbish too' 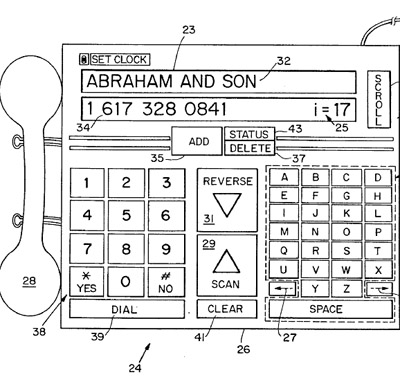 Not a rubbish iPhone

Much like Apple's handheld status symbol, the FigaPhone "includes a directory of telephone numbers and parties associated with those numbers," and it's equipped with "circuitry that detects the origin telephone number of an incoming telephone call and compares that number with numbers in the directory for identifying the calling party."

But our loyal Reg reader - who will remain anonymous so that he can live a long and happy life - believes Apple has nothing to worry about. "It could be argued that the address-matching function on the iPhone doesn't work well enough to infringe the patent," he says.

This reader does a fair amount of long-distance calling, so his address book is packed with international codes. "I have all my contacts saved with the international direct dial (e.g. +44 12345678)," he explains. "When I receive a call from 012345678 (being a UK number received when in the UK), the iPhone fails to match that number to a number within my contacts list."

In short, he thinks Steve Jobs has completely screwed him over. "For a company that is so focused on usability, that's pretty rubbish isn't it?" ®