Who remembers the MPMan F10 now?

The F10 contained 32MB of Flash storage, enough for a handful of songs encoded at 128Kb/s. It measured 91 x 70 x 165.5mm. It connected to an old-style parallel port on the host PC from which songs could be copied to the player. There was a tiny LCD on the front to give an indication as to what you were listening to. 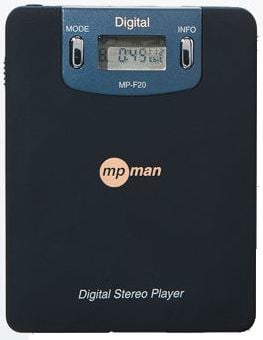 The device made its debut at the CeBIT show in Hannover, Germany. It was a prototype, but Saehan must have garnered enough interest to put the player into mass production, which it did in May 1998 before going on sale in the US and Europe through importers in the summer.

In the US, local supplier Eiger Labs wanted $250 for the F10, though the price fell to $200 the following year prompted by the release of the Diamond Multimedia Rio PMP300, which was priced at $200.

The PMP300 - widely but wrongly held to be the world's first commercial MP3 player - also had 32MB of storage fed through a parallel port. But it boasted a larger display than the F10 and also featured a Smart Media slot to allow users to increase the gadget's storage capacity. 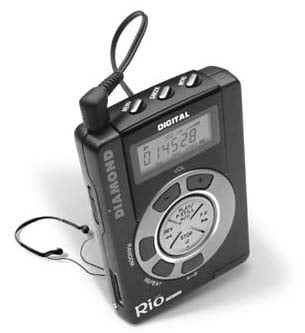 The Rio was released in September 1998, but by 8 October had become the subject of a lawsuit from the Recording Industry Ass. of America (RIAA), which claimed the player violated the 1992 US Home Recordings Act. By that point, Rio had already teamed up with MP3.com to offer songs from the website.

The RIAA asked for a sales ban, and got one on a temporary basis on 16 October, only to have it withdrawn on 26 October. In December, Rio countersued the RIAA, claiming the organisations actions were an attempt to impede the growth of a market - digital music - which it didn't control.

It was later ruled that Diamond had not infringed the Act because it was not responsible for the actions of its customers. The RIAA appealed against the verdict, but lost there too: the Court judged that the PMP300 was not a recording device and so did not fall within the boundaries of the Act.

The RIAA and Diamond would eventually settle their differences in August 1999, but by then Rio was a household name, especially among internet users busily sharing MP3 music on the internet using newly created peer-to-peer (P2P) file-sharing software. 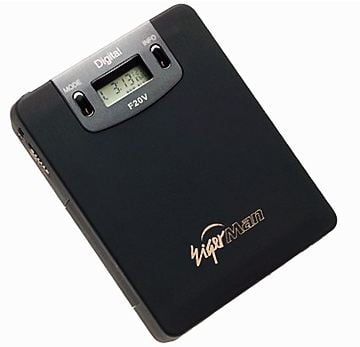 Thanks to its lesser known name, the F10 avoided such legal entanglements, but at the cost of all the free publicity its rival gained through from the lawsuit. Saehan soon established MPMan as a sub-division, and as such it later appeared among the roster of members joining the Secure Digital Music Initiative (SDMI), an cross-industry attempt to develop a universal digital rights management (DRM) technology.

SDMI ran out of steam in 2001, largely because of a highly publicised cracking of its encryption technology, leaving the way open for Microsoft's Windows Media DRM technology to fill the gap. And it might have done if Apple's release of the iPod in the October of that year hadn't proved ultimately so successful.

In the interim, MPMan had continued developing and offering MP3 players, but Apple's move to allow Windows PC owners to use the iPod, from April 2003, resulted in explosive growth. MPMan, Rio and other pioneers couldn't keep up.