Today is Monday, which means an addendum to the list of things Catholics should feel guilty about.

Fresh off the red telephone with Providence, a senior member of the Vatican is upgrading a handful of lesser celestial bugaboos into what now will effectively destroy the grace of God within the heart of the sinner.

"If yesterday, sin had a rather individualistic dimension, today it has a weight, a resonance, that's especially social, rather than individual," the Associated Press translates from Girotti.

The article comes from the end of a week-long priestly seminar in Rome with the goal of reviving the Catholic practice of confession. What better way to drive up business than to create more sins that require sacrament of penance and reconciliation?

Girotti abominated "certain violations of the fundamental rights of human nature through experiments and genetic manipulations". He also added drugs to God's peeves, which Girotti said "weaken the mind and obscure intelligence". The Holy Trinity is also reportedly unhappy about pollution, and the widening social and economic differences between the rich and poor.

The offenses are now categorized as mortal sins, which are far more damning than mere venial sins — which heaven is willing to overlook sans-confession if you play your cards right. Mortal sins require a thorough soul-scrubbing in the booth. ® 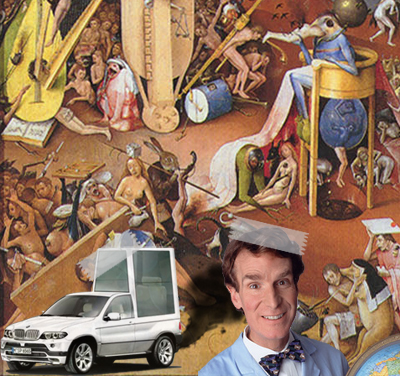 Dear man driving the Hummer in front of me today,

Free Forever, or Free Until We Decide It Isn't policy criticised in filing
Legal8 Aug 2022 |