CTIA Wireless This summer, Sprint and Samsung will offer a touchscreen wireless handheld that dares to compete with the Jesus Phone.

When Sprint president and CEO Dan Hesse unveiled the new Samsung Instinct during his keynote speech at CTIA Wireless this morning in Las Vegas, he didn't actually mention the Jesus Phone. But he didn't have to. The Samsung Instinct looks like this: 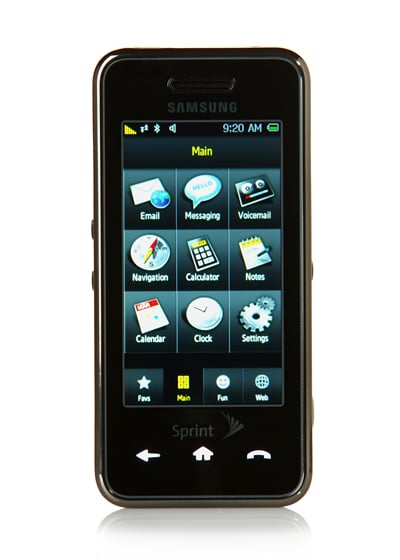 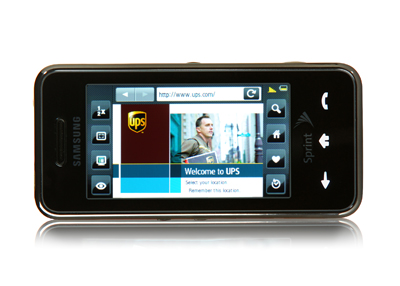 Jesus Phone knock-off on its side

You see, Dan Hesse believes that his new device - slated to hit the US sometime this summer - puts the iPhone to shame. "This device is like no other touch-screen phone. Period. None are faster. None have more content pre-loaded."

Then he listed some of the Looks Like Jesus Phone's other attributes - and made another reference to speed.

"We'll make it easy-to-use, bringing applications and contacts within a single finger tap. We'll provide data at blazing speeds on our mobile broadband EVDO Rev A network. We'll offer applications that customers want: high-speed web access and entertainment services like music and TV. And some other things that others can't deliver, like GPS navigation and over-the-air downloads."

Hesse even went so far as to say that Sprint is the stuff of science fiction. "The end result is that the wireless company of the future exists now," he said. "Speed. Content. Industry leading applications. Simplicity. All of this will be available at a very competitive price this summer."

Presumably, this means the Instinct will be priced along the lines of the $399 Jesus Phone. Some are reporting that the Looks Like Jesus Phone will sell for less than $300, complete with 3.1in touchscreen, a two-megapixel camera with camcorder, and 2GB of Micro SD memory.

Even now, some people argue that WiMAX is rubbish.

Of course, the Samsung Instinct won't run on WiMax - which Hesse described as "a network to mobilize the internet, not a voice network". The Instinct will run on EVDO. And there's no denying that EVDO is a step up from the AT&T EDGE network serving Jesus Phones here in the States.

To summarize: Sprint believes it will soon deliver The Second Coming. But this may be sacrilege. ®

For all the news on the CTIA Wireless trade show see our CTIA roundup.