Review If you want to put your money where your mouth is, the Nokia 8800 Arte is a luxury sliderphone with a eyebrow-raising price tag that says more about you than your average Nokia ever could.

This pair of high-class handsets demand you splash the cash not for the latest smartphone functionality, GPS receiver technology or video call functionality - sophistication and quality are the wallet-tempting key words here, with these mobiles built to high specification in premium stainless steel and glass. Think minimalist chic rather than the overt attention-grabbing of other style phones. 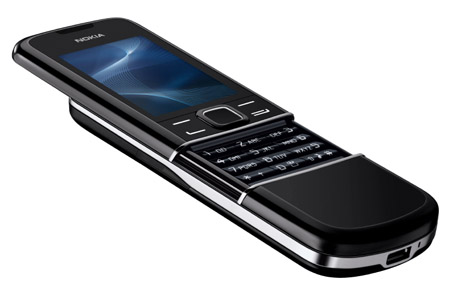 Nokia has introduced the 8800 Arte and 8800 Sapphire Arte in tandem as the latest in its series of luxury handsets. Both models have a similar design and specification – including 3G connectivity, a 3.2-megapixel camera, and media player with 1GB of internal memory – but the Sapphire version notches up the exclusivity level with a real sapphire embedded in the navigation pad, plus additional brown leather trim on the front and back.

Each comes boxed with an appropriately upper-class set of accessories, including a sleek Nokia BH-803 Bluetooth headset, leather pouch and a matching heavyweight desk stand. Strangely, though, there’s no stereo headset for music listening – an odd oversight when you’re shipping so much money for these phones.

Nokia doesn’t equate a premium phone with an all-but-the-kitchen-sink mobile. The 8800 Arte and 8800 Sapphire Arte aren’t smartphones or Sat Nav-enabled devices, nor do they have en vogue touchscreen functionality or HSDPA mobile broadband. Instead they use Nokia’s standard Series 40 user interface, albeit with some fancy wallpapers, graphics, and ringtones.

Samsung Galaxy A9: Mid-range bruiser that takes the fight to Huawei

Hands On Chaebol charges back against Chinese SIM-only onslaught