Updated HP has launched its attempt to grab a little or a lot of the Asus Eee PC's success, two months after the sub-notebook slipped out onto the web. Pitched primarily at schools, the 2133 Mini-Note PC sports a 'choice' of 7in or 9in display, and is available with SuSE Linux pre-installed. 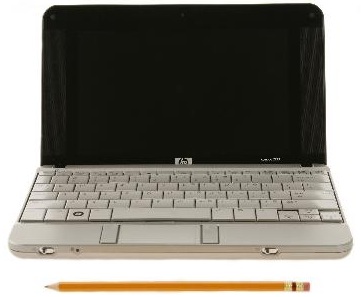 We say the 2133 has a choice of screens, but in reality HP is claiming two different sizes depending where on its website you look. The product page's spec sheet says 6.9in; the press release says 8.9in.

Both sources are agreed on the fact that the 2133 is powered by VIA's C7-M processor, clocked at up to 1.6GHz - a CPU we found a tad noisy when tried in another sub-notebook. The unit also has a VIA chipset - the graphics come courtesy of the Taiwanese chip maker's integrated Chrome 9 GPU. 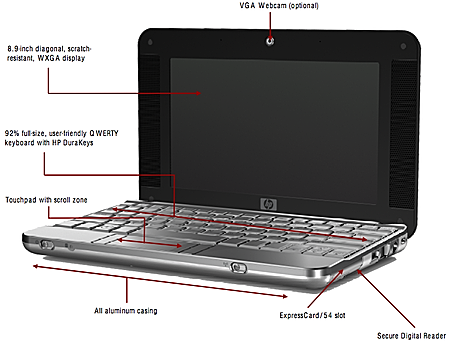 HP claimed the 2133 has a "92 per cent full-size" keyboard, which defines the sub-notebook's dimensions: 256 x 165 x 33mm. That's the front thickness - HP didn't say how much bigger the 2133 gets at the back. The unit weighs 1.27kg, rather more than the Eee but fractionally less than the MacBook Air. 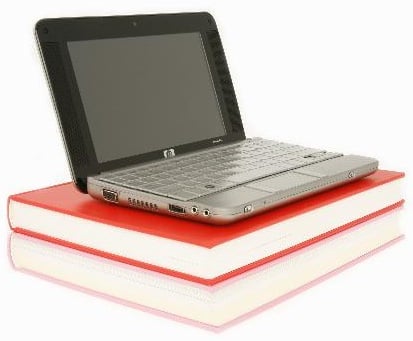 The standard battery is just a three-cell job, so it'll be interesting to see how much runtime the 2133 delivers. There's an optional six-cell power pack too.

HP will want $500 (£250/€318) for the 2133 when it goes on sale in the US later this month. It's price from £299 over here. While it's being touted as an education machine, the 2133 will also be pre-configurable with Windows Vista Business, Windows Vista Home and Windows XP Pro, suggesting HP plans to offer it to consumers and business buyers too.

If you've got no OS of your own, you've got little chance to compete, Firefox maker sighs
Applications23 Sep 2022 | 127