Review Having revamped its high-end Walkman line-up with the W890i and the W960i, now it’s budget music mobile buyers' turn to get a fresh deal, with the W380i clamshell. But are its smart design and novel features enough to give it pocket pulling power?

On the scale of music phones, the W380i may be less ‘iPhone killer’ more ‘Shuffle worrier’. Aimed at a younger, more cash-crunched audience than some recent Walkman phones, the W380i isn’t a do-it-all handset by any stretch. Its imaging capabilities play second fiddle to the phone’s tune-playing resources, for instance, with a 1.3-megapixel camera unusually devoid of video capture capability. 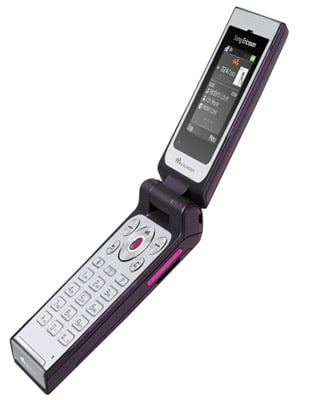 But on top of the core Walkman appeal, Sony Ericsson has added a little gimmickry, gadgetry and design appeal that may just make a difference for some members of its target audience.

One of Sony Ericsson’s newly-developed headline gimmicks is Gesture Control, which allows users to silence incoming calls or switch a clock alarm to snooze with a sweep of the hand inches above the camera. ‘So what?’ you may ask, but think of all those few seconds you’ll save over the course of a year or two by not opening the flip...

More eye-catching, and useful, are the integrated music controls on the front of the clamshell and a concealed OLED external display. The control buttons consist of Braille-effect raised dots on the moulded surface of the plastic shell. They’re a pretty inconspicuous part of the design until the music player kicks into action. Then, the OLED strip glows into life, with details of tracks scrolling across the display, which appears to come out of nowhere from behind the plastic casing.