I wouldn't park there, mate

If you don’t already know that dark alleyways and tower-block estates are dangerous places to park your Porsche, then Sanyo’s latest satnav system will warn you before you pull up into a joy-riding hotspot.

Two new Gorilla-brand satnavs incorporate data gathered from police pinpointing car-crime hotspots. These areas are indicated with a red dot on the satnav’s map, and change colour according to the rate of crime.

The visual identification can also be accompanied by a verbal warning that your chosen parking space could see your vehicle 'borrowed' and driven around the locality at high speed, possibly in first gear. 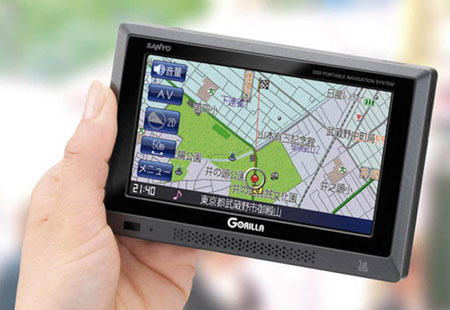 Sanyo has built the anti-theft technology into two new satnavs: the NV-SD700DT and NV-SB360DT, which extend the manufacturer’s existing Gorilla satnav range.

The two models are almost identical, although the 700DT has a 7in LCD display, whereas the 360DT has a 4.5in screen. Both models have a 4GB of Flash storage, useful for recording TV picked-up by the integrated 1-seg digital TV tuner.