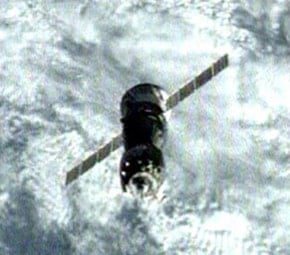 Space rookies Volkov, 35, and Kononenko, 43 are up for a longer stay, and will be relieved in autumn by two Expedition 18 crew members. They'll be joined part-way through their gig by astronaut Greg Chamitoff, who'll be aboard Discovery's STS-124 mission, slated for a 31 May lift-off.

STS-124 (summary here (pdf)) will deliver the pressurised module of Japan's Kibo laboratory and its remote manipulator system, aka RMS, consisting of "two robotic arms that support operations outside of Kibo". ®