Review We started the year with a review of a Rock X770 gaming laptop. We used the machine to look at the Nvidia GeForce 8800M GTX graphics chip, but it's time to look at the processor, now upgraded to Intel's 45nm mobile Core 2 Duo T9500. 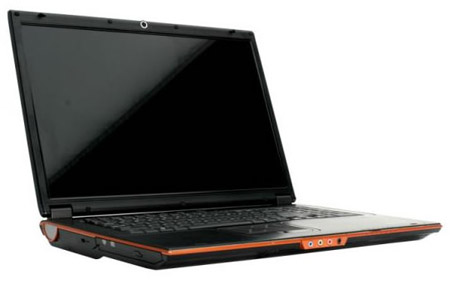 Looking deeper into the specifications of the two processors, the TDP remains unchanged between the generations - both consume up to 35W. However, the core voltage drops from 1.363V on the T7800 to 1.063V with the T9500. The other change is in the instruction set, as the old 65nm 'Merom' core supports SSE 3, while the 45nm 'Penryn' core supports SSE 4.1. But that’s not currently of much use unless you are running the latest version of DivX.

Rock sent us the X700 laptop with both T7800 and T9500 CPUs. The machine also had GeForce 7950 Go GTX graphics installed, as had one of the two X770s we looked before, so the new model is directly comparable with the version that we saw in our previous review. 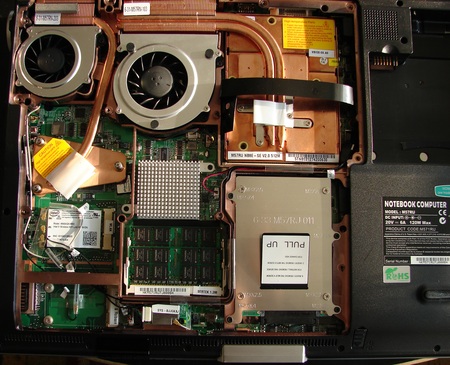 Remove the battery and behold: the beast's innards

Swapping the processors was incredibly simple. Remove the battery, unscrew the bottom plastic cover and then undo the three screws that hold the heatsink against the processor. Swap processors, replace the heatsink, cover and battery, and you’re done. The Bios handles the changes without any input from the user.