Nokia’s 6212 contains an NFC chip that allows it to share data, such as pictures or business cards, with other NFC-enabled devices simply by touching the two gadgets together.

NFC is already used in Oyster cards on London’s tube network, allowing commuters to move quickly through the payment gates by touching the card on a reader.

The Finnish handset giant said that the 6212 could also be touched with an NFC reader to make payments for, say, travel tickets. Credit card information can be stored on the phone and only used for payments when the user enters a password into the phone. 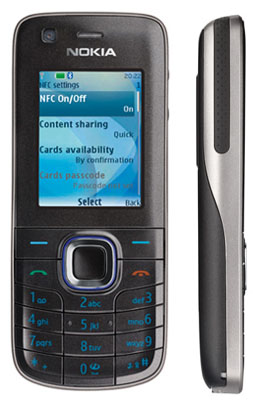 Nokia admitted that users would have to subscribe to specific services to make use of NFC for payments, and install additional applications onto the handset. However, users will even be able to make their own personalised NFC applications, it said.

Aside from NFC, the 6212 also features a 2in display that shows images from the phone’s two-megapixel camera. Music tracks can be stored on Micro SD cards of up to 4GB.