Does what it says on the tin

Review The successor to the S710, the S730 is a dull but hard-working member of the HTC clan. It's neither quite so ubiquitous as its big brother the TyTn II nor quite as fashionable as its sisters Touch, Dual and Cruise. 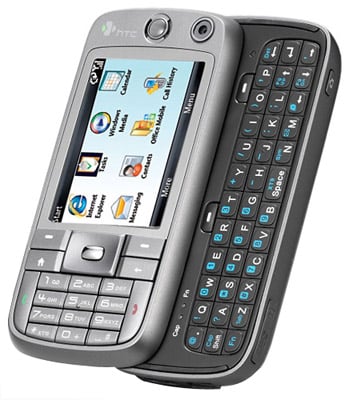 In the hand, the S730 is a chunky yet comfortable device to hold. The keypad layout is a model of common sense while the central navigation pad is suitably sized, positioned and weighted for thumb use. The only slight ergonomic 'erk' is that is if you tend to hold the phone in your right hand, it's a too easy to push the keyboard open. We had the same problem with the first generation TyTn, though in that case it was an issue for lefties as the handset slid the other way.

We give the S730's slide-out keyboard top marks. The keys have a slightly rubbery feel and raised centre which combine to make it one of the best HTC keyboards we've used, and a quantum leap forward from the S710. The inclusion of two small LEDs to let you know the Cap and Fn keys have been pressed is another nice touch.

Incidentally, the S730 is also available as the O2 XDA Atmos.