Honda harness to take the strain out of strolling

Honda has developed a wacky walking gadget designed to making walking much less of an effort.

Honda said the "walking assistance device" is for “people who are still capable of walking on their own”, but it may also appeal to the elderly, the weak of limb and, yes, the plain lazy. Only for two hours, though - that's the limit of the rig's built-in battery. 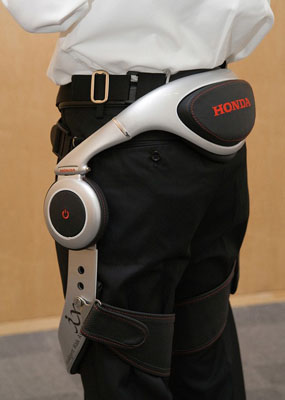 Does my bum look big in this?

The strap-on combines angle sensors, CPU-controlled motors to lengthen the user’s stride and ease the effort of walking. There's no word on whether it'll be of any assistance to runners, but we like the idea of hacking the code to create a Steve Austin-style bionic running rig.

Honda’s walking assistance gadget has been in development since 1999. It was created in the same department that developed Asimp, the company's stair-climbing “advanced humanoid robot”. 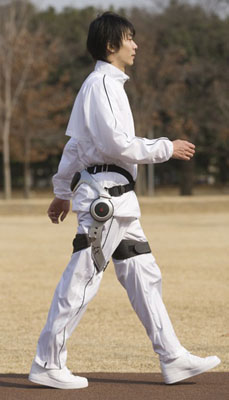 An auto-strut mode is optional

Wonky walkers will have to side step around Honda sales offices for the time being, though - the manufacturer hasn’t unveiled any plans to release the hardware commercially.