Car companies have the decency to prop sexy models on top of their gas-guzzling hardware to make it more appealing. The server set does not afford us the same courtesy.

As you all know, it's become the rage to talk about how green your data center gear is. Companies like to hype up how their servers reduce carbon emissions and how their storage is less spinny. This madness has gone so far that some vendors actually tell us with straight faces about their four-socket, 8GB of memory, 400GB of storage, 40 acres of pine trees saving systems.

Worse than trying to trick you, which is just business, the hardware makers seem to have tricked themselves into believing that they're pushing daisies rather than hulking mounds of metal filled with chemical-laced parts.

A result of all this insanity is the embrace of the hive mind. And so it seems any hardware maker with access to some windmill clip art will display the images as proudly as possible. These pictures say, "We sell windmills" or "We sell wind power."

Guess you'll have to look elsewhere for your servers. 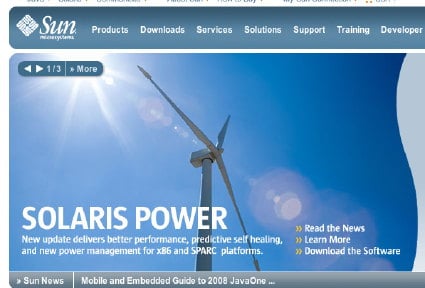 We applaud Dell's effort. It puts a server in a field. As we understand it, the Chinese are planting servers in the Gobi Desert, as part of a revitalization effort. 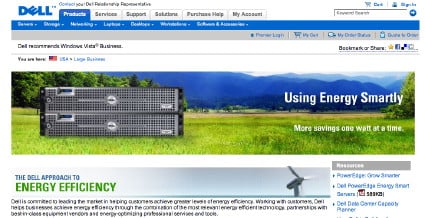 All of which reminds us of Dell's Facebook art contest, where it made hamsters cry. 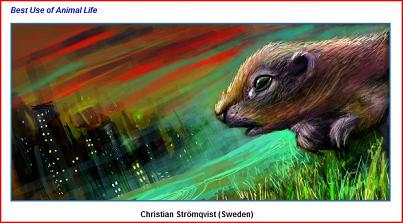 And trains run on time.

So, do windmill makers use servers on their web sites to advertise the greenocity of their windmills?