The Battle of Lesbos - a bitter struggle between practitioners of the Sapphic arts and true Lesbians for the right to bear the name of the sun-kissed Aegean island - took a dramatic turn earlier this week as militant lesbians attempted a beach landing at the lightly-defended resort of Eressos, in the process outflanking militant Lesbian Dimitris Lambrou who'd expected to join battle in an Athens court this summer: 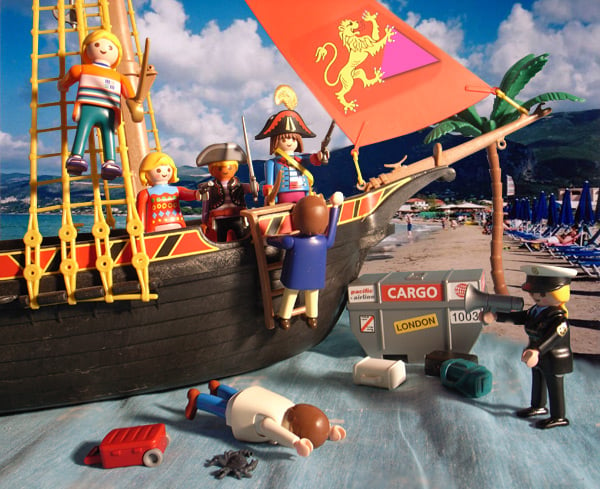 The Lesbian policewoman, meanwhile, is attempting to restore order by delivering a "hey, why can't we all just learn to live in peace and harmony?" appeal via megaphone - to little effect.

As an interesting footnote, those among you who are still missing luggage from Heathrow's T5 now know where it ended up. ®

Welcome to the world of China Mobile, the world’s largest mobile carrier

How about that antivirus now, huh?