Obituary Morgan Sparks, inventor of the first "practical" transistor and one of the reasons your cell phone doesn't use vacuum tubes, died this week at the age of 91.

He received clearance to that great national laboratory in the sky this Sunday at his daughter's home in California.

While he wasn't directly involved in the transistor's invention, he continued at Bell Labs to develop the microwatt bipolar junction transistor in 1951 — turning a laboratory concept into a practical device. 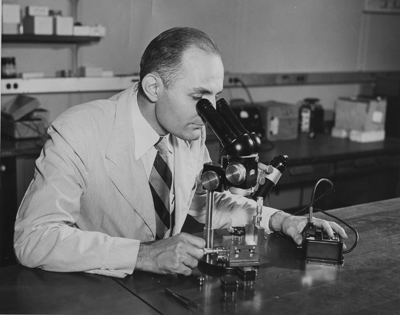 His contribution would go on to replace vacuum tubes in devices, and ultimately become the basis for modern electronic circuits.

After rising through management at Bell and the Western Electric Company during the '60s, he served as director of Sandia National Laboratories for nine years until his retirement in 1981.

"Morgan was president when I was a young staff member at Sandia," said current director Tom Hunter, in a statement. "He set the framework for Sandia to become a multiprogram lab. He was widely recognized for his ability to engage the Labs in many new areas that proved to be important for our future."

"He was a credit to the lab and, true to our mission, provided exceptional service to the nation."