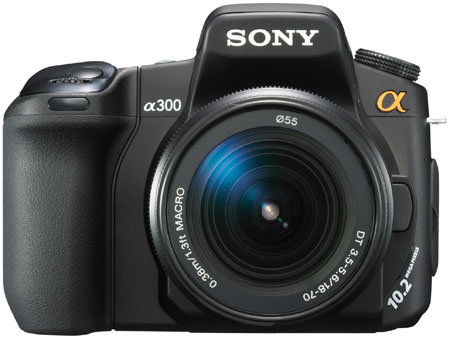 Sony's Alpha 300: only available through Jessops

ISO sensitivity tops out at 3200 and the camera features all the usual photography flavours-of-the-month, including Super SteadyShot image stabilisation and an anti-dust mechanism. It also has a slot for CompactFlash Type I/II media cards - an adaptor for Memory Stick Duo cards is also available.