The former security director of the One Laptop Per Child non-profit has blasted the project for losing sight of its goals, accusing chairman Nicholas Negroponte of deceiving the public. It's all about shipping kit, says Ivan Krstić in an incendiary essay.

"I quit when Nicholas told me — and not just me — that learning was never part of the mission. The mission was, in his mind, always getting as many laptops as possible out there; to say anything about learning would be presumptuous, and so he doesn't want OLPC to have a software team, a hardware team, or a deployment team going forward," writes Krstić.

"Nicholas' new OLPC is dropping those pesky education goals from the mission and turning itself into a 50-person nonprofit laptop manufacturer, competing with Lenovo, Dell, Apple, Asus, HP and Intel on their home turf, and by using the one strategy we know doesn't work."

OLPC is a poster child for free software innovation, with critics acknowledging value in its advances in mesh networking and the radical task-based UI Sugar. But the F/OSS ideals are now being jetissoned, writes Krstić, along with the crown jewels:

"In reality, Nicholas wants to ship plain XP desktops. He's told me so. That he might possibly fund a Sugar effort to the side and pay lip service to the notion of its 'availability' as an option to purchasing countries is at best a tepid effort to avert a PR disaster."

Not everyone thinks Sugar is a successful UI - judge for yourself in our extensive hands-on. 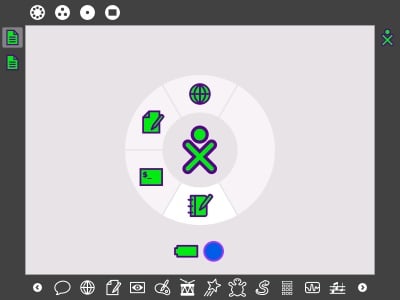 You can read more of this wide-ranging and thoughtful essay here.

"I’ve thought for a while that sending laptops to developing countries is simply the 21st century equivalent of sending bibles to the colonies," adds Python language author Guido van Rossum in the comments. ®