Few things have made Microsoft chief executive Steve Ballmer duck for cover. Not the European Union, not the US Department of Justice, and not open source software. He's stood up to all three.

Eggs are a different matter.

Steve-O has been forced to take cover during a visit to a university in Hungary as a protester hurled a combination of eggs and invective at Microsoft's chief executive for his company's alleged theft of billions in taxpayers' money. 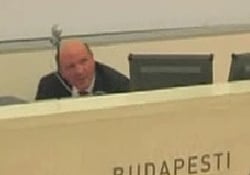 The attack makes Ballmer the second senior company executive to have been assailed by foodstuffs, following Bill Gates' famous custard pie in the kisser in Belgium 10 years ago.

Given the Microsoft management's troubled past with dairy based foods, you'd think security would have been on its toes this time.

Not only did this latest attacker make it into a relatively small gathering packing eggs - a sign of trouble to come, surely - but he also sported a shirt with the legend: "Microsoft = corruption". Hmmm. 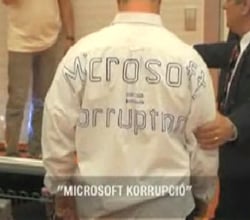 You can read the original account in Hungarian here or watch the video on Gizmodo here.®