The recently appointed head of Microsoft's global Linux and open source team hopes the company will have a clear and comprehensible open source strategy by 2015.

Sam Ramji wants people to clearly understand what projects the company is contributing to, and what code Microsoft is making available - along with the terms - on a routine basis.

It seems Ramji is talking about people both inside and outside Microsoft knowing what’s going on.

"We don't have hard rules... right now, it's still careful judgment case by case. By 2015, I think it would be set up," he told Reg Dev, just before his promotion.

"It'll be understood, woven in to the fabric and in product-development cycles, so it's well understood: 'Here is the parts of our product that will be open source.” 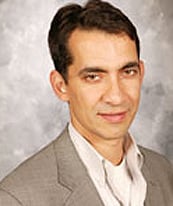 That would be a major improvement on today. To the outside observer, Microsoft is operating in its support of open source on a case-by-case basis. It sponsors a show here but not there - in March it sponsored the Open Source Business Conference, for example, but not EclipseCon.

It is working selectively with open source projects. At EclipseCon, Ramji announced Microsoft will offer the Eclipse Standard Widget Toolkit project "direct" support from its engineering teams and open source software lab. But it's not actually joining anything at Eclipse.

The company has taken to publishing huge tracts of technical information in an apparent rush of "openness". Six hundred thousand pages of documentation for its implementation of Extensible Application Markup Language were released this spring under its Open Specification Promise, and the company also released 30,000 pages on its Windows APIs and protocols.

The documentation, though, sits out there like a rights and royalties landmine waiting to go off. It is unclear what royalties accompany the documents. Developers we’ve spoken to - Zend Technologies’ co-founder and chief technology officer Andi Gutmans and MuleSource chief exec Dave Rosenberg to name two - are concerned that individuals might be forced into paying Microsoft for inadvertently using techniques that happen to be already “owned” by Microsoft and are listed in these documents.

Clearly, much refinement is needed here.

Will Microsoft release more code? Will it stop flirting with open source projects, and actually commit full-time? And what about the big two: open sourcing Windows and Office, and actually releasing its code under independent licensing rather than licenses devised by Microsoft?

Ramji said Microsoft is looking at whether the AJAX SDK and the sample kit should be opened. He's "not closing off" possibilities when it comes to Eclipse. And Microsoft is in "on-going dialog" with community members over making it easier to find the royalties in its documents.

These are hardly commitments of the solid or major variety.