Mobile money - a helping hand for the poor?

Ring around the Western Union

Opinion Browsing the NARS counter at Selfridges, I was quite taken by some eye shadow and was just picturing myself as Elizabeth Taylor in Cleopatra when my friend Rod called from Cairo. I’m a bit psychic like that.

He was at the GSMA mobile payments conference investigating the future of NFC. Apparently there are loads of trials going on and it's about to be the next big thing. Yup, another Groundhog Day technology.

He was full of the wonders of local infrastructure. Not the modern networks but the rather older infrastructure of Sphinxes and Pyramids. The ancient Egyptians managed to build huge buildings, work out that a year was 365¼ days long and make some of the most beautiful jewellery when we Brits were wearing skins and throwing rocks at each other.

The Egyptians were the dominant empire of their time. But empires fall, and the metaphorical shadow of the Pyramids was the ideal place for a middle-Eastern union of banks, regulators and operators.

The empire that no one can tell if it's a friend or foe is Western Union. For some it's easy to make up their minds. Plenty of people have a problem transferring cash through an American company. They tend to live in places that America has bombed recently. Or people who've left their home and families to work for low wages in the West to send something back, who see 15 per cent of what they’ve scrimped together line the coffers of a $17bn corporation. 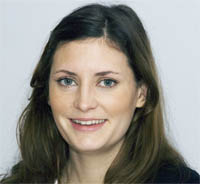 Or the vast numbers of people who’ve been defrauded by tricksters who use Western Union because of the lack of accountability. The 419 scammers and people who put bargains that don't exist on eBay. It's not Western Union's fault these people are dishonest, but it can appear to victims that it does little to help the cheated track down the criminals.

It's less obvious for the mobile phone networks, which see Western Union as the leading candidate for the glue which holds international money transfer together. That's because the networks don't recognise their own strength. Sony Ericsson has sold more Walkman phones than Apple has iPods. Nokia is the world's biggest camera manufacturer. The Nokia 3310 series the most successful mass-produced product ever.

For the operators, Western Union has a number of deals at different prices, but a fixed rate of $10 per transaction is typical. Vodafone's M-Pesa has a fixed rate too: about 50 cents. OK, so one is international and one national, it's not quite apples and apples - but it is a twentyfold difference.

Unless Western Union re-invents itself, ideally as a currency exchange with operators handling the mobile phone end, the phone industry will do to Western Union what Nokia has to Polaroid. In a year, in one country – Kenya – the Vodafone M-Pesa system has grown to 40,000 transactions an hour and half as many users as the country has bank accounts.

One country, one year. Vodafone's reach is huge, it has nearly 300 million subscribers and has already licenced M-Pesa to the first non-Vodafone network.