Google and Microsoft have nothing on - drum roll - the SuperNAP

A $350m data center giant in the desert

On the outside of the SuperNAP, you'll find numerous cooling stations. Each one sits on a raised platform that allows the cooling systems to grab already shaded and semi-chilled air. This shading process is complemented by the desert itself, where air temperatures fall dramatically at night and remain low during the early morning.

The stations have four methods each for cooling air - you can expel the heat outside, run direct evaporation, run indirect evaporation or use a closed water loop, Roy said. A weather monitoring device helps the stations pick the most effective method or combination of methods. "Liberet makes indirect and direct systems, but you always have to pick one. With our system, as the temperature or humidity changes, you pick which is the best cooling method. That's usually one of the four systems or a combination of two," Roy said.

The SuperNAP has been designed in a so-called "modular" fashion, so Switch can roll up as many of these cooling systems as needed over time and plug them into the main facility. (The cooling systems plug into the holes shown in the picture below.) 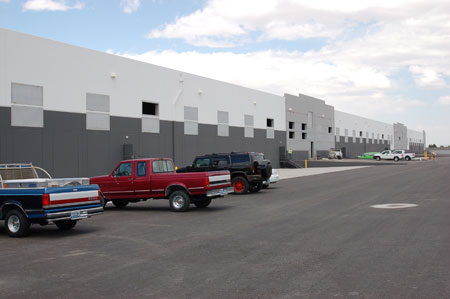 Here's an artist's rendering of what the outer cooling systems will look like. 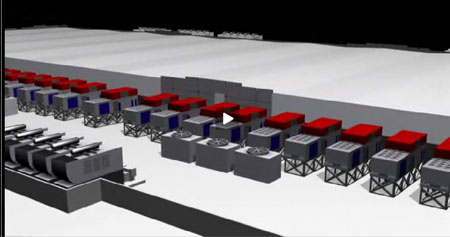 The SuperNAP will cost about $350m, and be about the same size as Google and Microsoft's $500m data centers. Roy, however, thinks Switch can pack about four times as much computing power in the SuperNAP as these rival centers thanks to the cooling systems and energy supplies.

Inside the facility, Switch will set up a lab and also customer showcase centers where the likes of Sun can flaunt their gear.

Roy claims it will take up to three years to fill the facility even though "customers are fighting to get in." Switch also has room to build another three similar facilities and is looking to build other SwitchNAP replicas around the globe. The company may even consider licensing the designs to other data center makers, capitalizing off more than 30 patents (applied) on the technology.

Even though the SwitchNAP is just a few minutes drive from Las Vegas's main airport, it's almost in the middle of nowhere. The road leading up to the facility ends abruptly right in front of the SwitchNAP. All you get is a "Road Closed" barricade and then desert.

The land surrounding the SwitchNAP is part of the Beltway Business Park - a project funded by the Thomas and Mack Development Group - aka old money Vegas real estate magnates. Thomas and Mack are also investors in Switch Communications.

You can see why the group would like to put money into something like SwitchNAP. It's more or less a glorified real estate play. Why bother with tenants when you can rent space by the server rack at a higher price? 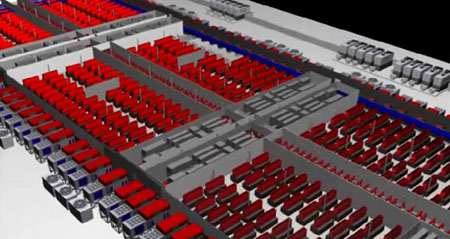 It takes all of a few seconds for the possibilities surrounding SwitchNAP and the Thomas and Mack land to become clear. These guys have near limitless power at their disposal and city officials who would love to up Vegas's position on the technology map.

Those of you interested in the SuperNAP can find an, er, stunning video here.