Since the record industry first noticed that some of the kids were using the internet in the mid-90s, it's flopped from one puddle to the next. Despite a desperate need to evolve - guys, the pond is drying up, do try to breathe - recording industry strategy has flopped from one muddy puddle to the next, and a muddy puddle is quite a good metaphor for the latest survival strategy: advertising supported music which 'feels like free' to the consumer.

Flop, flop, flop. So let's take a quick tour of the puddles, in rough chronological order.

The first muddy puddle was all about marketing the album and adding value to the CD. These were heady days for web developers when a label could be persuaded to part with upwards of £50,000 for a website with a few bits of repurposed server-side code or client side Flash. Alongside this were the first experiments in enhanced CDs and brave but foolish 'multimedia' projects. The multimedia arms race - you can get a flavour of it from this announcement by EMI in 1995 - took a few years to prove itself expensive and largely pointless. Music CD-ROMs couldn't compete with games, and were subject to the explosive and expansive egos of artists as budgets ballooned and projects failed to be delivered. Websites got heavier and more 'creative', again to stroke egos rather than feed fans.

And the upshot was that by the late 90s, record labels were paying out more than the price of a CD to reach each and every person who had already bought the CD anyway. Which led some of the more commercially driven execs to start to think of the net as a sales and distribution channel. 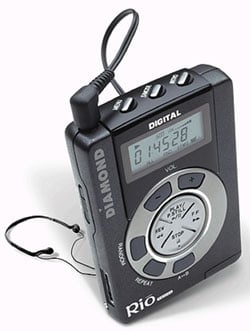 And just for context, the MP3 format had hopped off alt.binaries and Hotline and onto the web in 1998 gaining sufficient popularity for Diamond Multimedia to risk marketing a hardware player, the Rio, which played MP3s. Which the RIAA failed to kill at birth, as an instrument of infringement.

So into the next puddle we flop, and this one is inhabited by SDMI and friends. The lesson is that cake is not a dual-use foodstuff. The central idea that motivated the participants was to produce a kind of technical environment that would allow consumers to access only approved music, and would allow record labels to decide even post-distribution what could be done with it.

SDMI at its peak was a consortium of around 200 member companies and churned out technical documents under the fervent leadership of Leonardo Chiariglione, an MPEG expert and in 1999 number 19 on Time's top 50 digital movers and shapers list. Fellow travellers included EMMS, from IBM, otherwise known as the Madison Project, and bluematter, a proprietary multimedia packaging format from Universal Music Group.

It was in these cauldrons that 'Digital Rights Management' principles and techniques first flavoured the music retail stew, and companies such as Macrovision started punting around CD copy-protection malware. 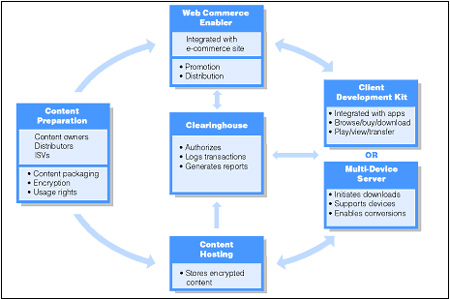 But they were all predicated on Napster being shut down and nothing taking its place, which with hindsight looks a little over-optimistic. The blowtorch of decentralised P2P, the continuing popularity of the plain old CD (it's rippable), and consumer indifference to the massive and clumsy software they were being told they would have to use if they wanted music, all contributed to drying up the puddle. Needing to follow the consumer, technology industries en masse adopted MP3 as the standard format. SDMI fell apart, Madison was shelved.