Talk about your drone aircraft

Famed solar-plane company Aerovironment announced today that it has won further US military funding to carry on its Nano Air Vehicle (NAV) programme, which will develop a tiny "three-inch flapping-wing air vehicle system".

The money comes, of course, from DARPA - the Pentagon bureau which aims to get the bleeding edge to the sharp end. In this case the American war-boffins want tiny spy drones able to fly into buildings undetected, free of dependence on GPS coverage. 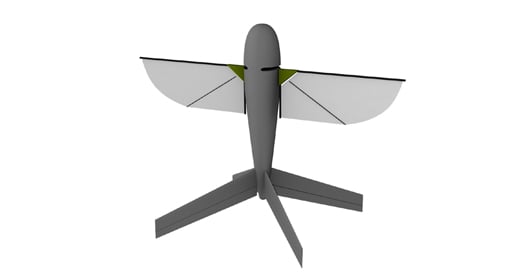 Look at the Reynolds number on that baby.

"NAV platforms will be revolutionary in their ability to harness low Reynolds number physics, navigate in complex environments, and communicate over significant distances," according to DARPA's Dr Todd Hylton.

The Reynolds number is the ratio between inertial forces and viscous forces arising where fluids such as air flow over solid surfaces such as aircraft wings. It is generally high for big, fast things like normal aircraft; but flying critters such as bats and insects - whose capabilities DARPA would like to achieve in their NAV - operate in low-Reynolds-number flight regimes.

Aerovironment reckon to make the NAV work by "employing biological mimicry at an extremely small scale". For a total of approximately $2.3m, the company will produce a "rudimentary" miniature ornithopter bot.

“The NAV program represents the early development of a revolutionary new class of UAS that could eventually provide valuable new capabilities to our customers,” according to John Grabowsky, Aerovironment veep for flying droids.

Aerovironment's smallest aerial robot thus far has been the hand-launched, 41-cm Wasp. The Wasp uses relatively ordinary fixed wings and airscrew propulsion. It is small and light, but it needs GPS coverage and it's far from ideal in tight spaces.

By contrast, the company hopes that NAVs will ultimately be able to hover and take off or land vertically, perhaps "perching" for a robofly-on-the-wall view. The robotic insecti-thopters might also drop off more ordinary bugs before flying away.

Aerovironment's concept pic shows some resemblance to the firm's separate "SkyTote" vertical lifter project, one of the few so-called "tail-sitter" aircraft programmes still active. The NAV may be intended to set down on its tail, but tip its tiny fuselage forward when in flight.

Even if they can build the airframe, however, there will still be a need for many other breakthroughs before the NAV becomes much use. ®