US protests to WTO over EU 'IT' tariffs

The US and Japan today filed complaints with the World Trade Organization over European Union tariffs on imported flat-screen monitors, some TV set-top boxes, and printers able to scan, fax and copy.

The Office of US Trade Representative Susan Schwab said the United States has requested the World Trade Organization help resolve the ongoing dispute over the EU taxing consumer electronics goods that should, she says, be duty-free under the WTO Information Technology Agreement. USTR also said Japan has filed a similar complaint.

But the EU says the contested products can be taxed because they include technologies and features developed after the accord was signed. It claims changes in technology make some products "objectively different" and fall outside the original product categories covered by the ITA. Extensions to the agreement should not be automatic, but based on periodic review. 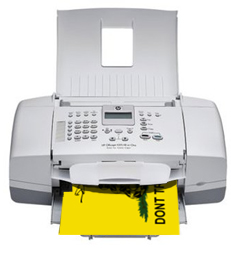 "The EU should be working with the United States to promote new technologies, not finding protectionist gimmicks to apply new duties to these products," US Trade Representative Susan Schwab said today in a statement. "Therefore, we urge the EU to eliminate permanently the new duties and to cease manipulating tariffs to discourage technological innovation."

The EU said it "strongly rejects" the complaints made by the US and Japan, and argues that Washington has refused to negotiate changes to the scope of the agreement.

"The EU has always expressed its willingness to reassess product coverage under the ITA to reflect changes in technology since 1996. The ITA has a review clause which can be invoked by members at any time. The EU has said it is willing to negotiate with all other ITA members. The US is not willing to do this. Why not?"

But the USTR says it has argued with EU officials on repeated occasions in the past 20 months over the tariffs. By filing a complaint, the WTO will now step in with consultants to help resolve the dispute within 60 days. If an agreement cannot be reached by that time, the US and Japan are entitled to request a WTO panel to determine if the EU is following its trade obligations.

Meanwhile, the Consumer Electronics Association said it applauds the action taken against the tariffs.

"Misclassification of currently covered products by the EU could set a disastrous precedent and undermine the future success and relevance of the ITA," said Michael Petricone, CEO senior veep of government affairs. "The EU’s attempt to subject members to tariffs on products previously classified as duty-free should be resolved in the WTO, and we commend USTR for seeking consultations to rectify the situation.”

The EU provides a breakdown of why it thinks the three products shouldn't be covered by the ITA:

Flat-screen monitors: The ITA gives duty-free treatment to computer monitors. However, the EU says some modern screens with Digital Visual Interface (DVI) connectors allow the screens to be used with consumer electronics such as DVD players and are therefore not covered.

Set-top boxes:: The ITA bans tariffs on set-top boxes that can access the internet. But the EU claims some boxes which include a hard disk used for pausing live TV or recording don't have the required internet functions — and should be classified as video recorders.

Multifunctional Printers: The EU claims the US has changed its mind over whether these printers should be covered by the ITA. The EU says at the time of negotiations, the EU requested that all photocopiers be covered. But the US opposed this and as a result, machines that use an electrostatic print engine were classified outside ITA coverage. Most multifunction printers use this technology. The EU claims the US has reversed its opinion, but doesn't want to make changes through the ITA's review mechanism. ®

BUDGET 2015 We'll have our multi technology fully mixed by then