Aspire One launched at Eee-beating price

Computex Acer has launched its Eee PC wannabe, the Aspire One, pitching the product to Brits at just £199 including VAT - even though it's "not a low-cost notebook", according to the company. 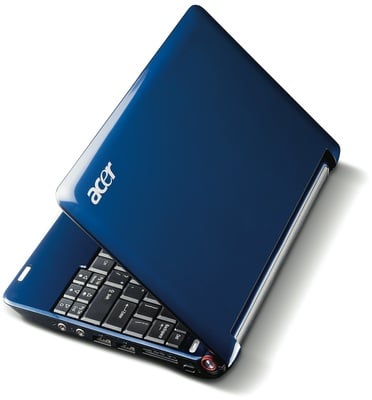 As per usual with Small, Cheap Computers™, the One comes with a choice of Linux or Windows XP Home. The former is fitted with 8GB of solid-state storage, while the XP model packs an 80GB hard drive, a higher price and a lower battery life.

Under XP, expect two-and-a-half hours out of the standard, three-cell battery, or five hours if you buy an optional six-cell power pack. Run Linux instead of XP, and those numbers rise to three hours and seven hours, respectively, Acer said. 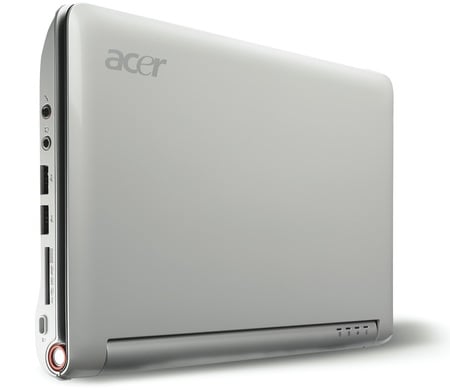 However, the One has two memory card readers: one for SDHC that's intended as a storage booster, and a separate multi-format reader for data transfer. The former is presented as a single file system integrated with the main drive - clearly, Acer expects Linux users to load the slot up with a big SD card and keep it there.

The One contains two Mini PCI slots, one for the Wi-Fi and a second to take upcoming optional HSDPA or WiMax modules. The HSDPA unit runs at up to 3.6Mb/s, but Acer said it will be upgradeable to 7.2Mb/s and 2Mb/s HSUPA soon.

The battery life may be weak, but there's no arguing with the One's price: £199 for the Linux version and £299 for the XP model. It'll be made available - later this month - in a choice of blue or white, with pink, red and black models following down the line.