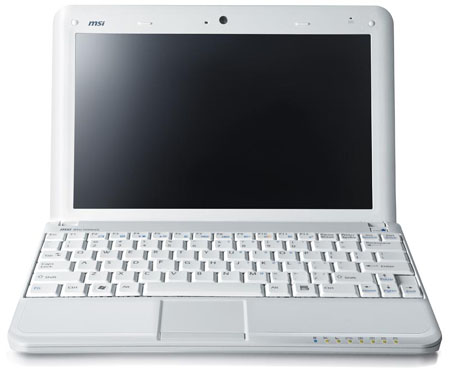 The Wind's screen measures 10in and has a 1024 x 600 resolution. MSI unveiled the machine at the Computex show, which is currently taking place in Taipei, but the manufacturer didn’t mention an 8.9in version of the Wind NB that it talked about earlier this month. 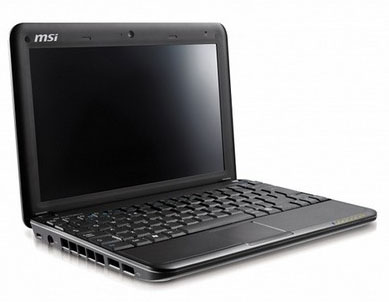 A 1.6GHz Atom CPU, Bluetooth and integrated 1.3-megapixel camera are some of the Wind's highlights

The miniature PC’s based on Intel’s 1.6GHz Atom processor and is equipped with an 80GB hard drive and 1GB of memory that’s expandable up to 2GB. MSI hasn’t designed the Wind as an Alienware-esque gaming machine, so the relatively small amount of memory built-in and a tiny hard drive shouldn’t be an issue for most users. Graphics come courtesy of Intel's 945GMS integrated chipset.

If you’re blown away by the Wind, then it’ll be available through online retailer Expansys later this month for roughly £345 (€365). You can choose from either a Windows XP version or one running Linux, but the latter doesn’t include Bluetooth connectivity.