UMPC and MID too

Computex Gigabyte wasn't to be left behind by rivals Asus, MSI and Acer at this year's Computex - it too unveiled a compact laptop based on Intel's just-launched Atom N270 processor. 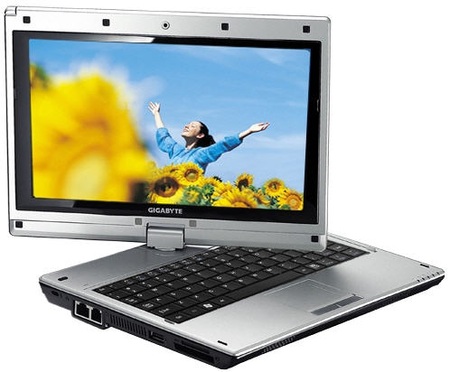 In addition to the larger-than-usual screen resolution, the M912 comes with Bluetooth - most Small, Cheap Computers™ don't - but perhaps the Gigabyte machine's standout feature is its tablet design.

It's not original - Dialogue's Flybook is a sub-notebook with a turn-and-fold-screen and it's been out since 2004 - but the Gigabyte version comes with Linux so is free of all that Windows XP Tablet PC Edition nonsense. The M912's display is touch-sensitive.

The M912 is also more expandable than many of its rivals: it has an (empty) 2.5in bay for an additional 9.5mm-thick hard drive, and an ExpressCard slot.

With a four-cell, 4400mAh battery fitted, the Gigabyte weighs 1.2kg - more MacBook Air than Eee PC. The company claimed the unit can run for up to four hours on a single charge. 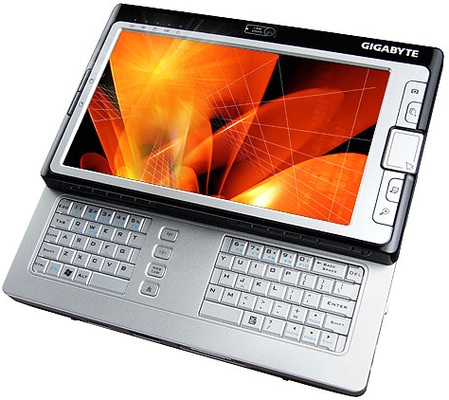 Gigabyte's M700: UMPC with VIA inside 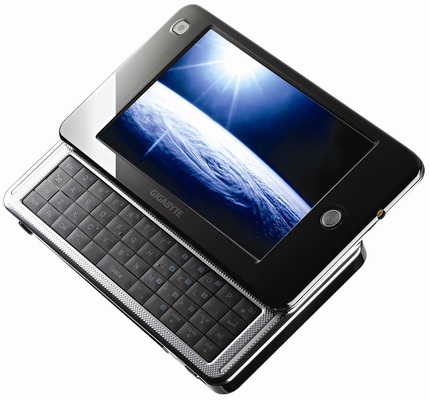 It has 512MB of memory and an 800MHz Atom CPU. It's got mini USB and regular USB ports, and in addition to 802.11b/g Wi-Fi there's a space for both an optional HSDPA module and a SIM card. It has GPS on board too.

The 340g unit has a front-facing 0.3-megapixel webcam and a three-megapixel auto-focus camera on the back. Its got a 2700mAh battery, but Gigabyte didn't say how long it'll run for.

Nor did it say when these three gadgets will appear over here.