Meet the website promising to defy the tyranny of choice

The Filter's ambitions go beyond music though. At launch there's movie and web video (think cats playing piano on YouTube, not Doctor Who on iPlayer) recommendations. We're promised TV will be added soon, thought the firm's technical chiefs accept they need more background data to improve recommendations outside the music market. 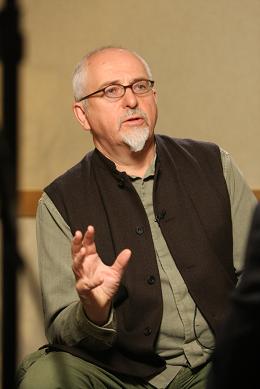 'Yes, I hate Phil Collins too'

CEO David Maher-Roberts said: "For the Bayesian maths to work we're probably talking about 100-200 pieces of usage data we need to get from one song or film to another and for that recommendation to be of value. You can do it with less but it gets more susceptible to people [in the background data] with strange taste." The eventual plan is cross-media recommendations; like Scorsese movies? You'll probably want to listen to Exile on Main St..

The future-gazing Gabriel wants to see the system extended to cover areas such as events and literature. "We're seeing man and machine merging here, and I think its only just beginning," he said, pitching the potential for a personal "life jockey".

Recommendation engines are nothing new, of course. Since days of dotcom yore Amazon has spammed customers with offers based on their previous purchases. Those who of us have ever bothered to read Amazon's marketing emails might worry that their choices create a kind of feedback loop, reinforcing everyday tastes at the expense of things we've never seen or heard the like of before. The Filter has adopted parallel strategies to nix such onanistic concerns.

One of the user-adjustable filters tweaks how surprised you want to be by the site's recommendations. A second feature, still in development, is currently referred to as the "fuck machine". It allows more adventurous users to effectively mate their tastes to that of a friend, band, magazine or anyone else with an account. The resulting bastard offspring profile will then be pushed through the Bayesian algorithm to build a new probability network.

Development of the Filter's algorithm was initiated and is led by telecoms industry veteran Martin Hopkins, who founded Tertio and flogged it in 1999. The brains behind the algorithm are proud of how they catered for entertainment junkies' tendency to go through phases. They've made a series of tweaks to their algorithm over the last three years designed to help it to "forget".

The idea is that your pretentious Italian cinema phase, or momentary obsession with obscure Japanese noise rock won't end up poisoning the Filter's well of recommendations forever. Amazon remains convinced El Reg ought to be buying Java textbooks, despite the fact we ran away from code more than three years ago and have made plenty of other purchases since.

Not that Amazon cares while it's printing money by selling actual things. Plans to make actual money from The Filter will sound depressingly familiar to anyone who's watched the $1bn+ venture capital that web 2.0 marketing has attracted to the current generation of online start-ups. There'll be targeted advertising and efforts to white-label the algorithm.

Gabriel said: "The technology is something that I want in my life. And I like to gamble." ®

Shortly after this article was published, The Filter went for a little lie down. At 1.33pm it's promising to be back soon.