It appears that Microsoft chiefs are closet Joy Division fans: it has commissioned a limited edition Zune, featuring etchings from one of the band’s album covers. 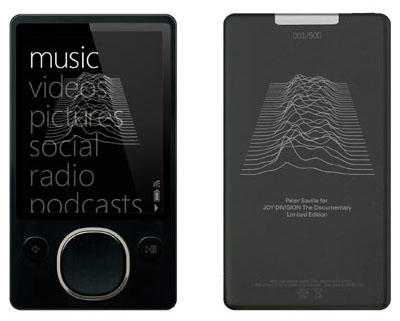 Microsoft's Joy Division Zune: an unknown pleasure... if you live outside the US

Peter Saville designed the bizarre mountain range-esque artwork for the much-lauded Mancunian band’s Unknown Pleasures album, which was released way, way back in 1979, long before Zune, Xbox, Office and even Windows.

An (if you will) 'rockumentary' about the band is being released on DVD later this month, providing fans with further visual thrills following last year's Control. Microsoft has jumped on the bandwagon and commissioned Saville to create a Zune etched with an adaptation of his album artwork.