LG has launched a sliderphone handset with an integrated Bluetooth earpiece - a world first, the company claimed. 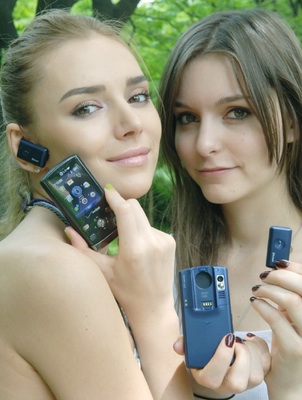 The handset's dubbed the 'Decoy' - or, more formally, the LG-VX8610. As you can see from the pics, the headset slips into a bay on the back, where it's kept charged up and ready to be released at the push of a spring-loaded button.

It's a novel notion, and one that ensures you always have your Bluetooth headset to hand when you go driving.

Instead of the usual five-way navpad, the Decoy comes equipped with a tiny joystick to help you steer your way through the menu system. 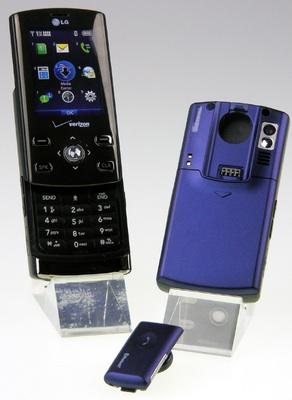 The phone itself is otherwise largely unremarkable, having a two-megapixel camera on the back, music player and memory card support.

LG said the Decoy will come to the US on 16 July through a deal with Verizon. But it expects to bring the handset and its 'hidden' headset to other countries in due course.