Nvidia today rolled out its next-generation 200-series GPUs, the GeForce GTX 260 and GTX 280.

The series name is at last a concession to the bewildering naming scheme Nvidia has played with in the vast array of GeForce graphics chips. That is — starting now. Customers will still wade through the convoluted model numbers with older offerings.

The 200-series GPUs are fabricated by the Taiwan foundry, TSMC, on a 65nm process that uses 1.4 billion transistors. It's an enormous 576 square millimeters chip and the largest GPU that TSMC has manufactured to date. To compare, the G92 chip (used in the GeForce 8800 and 9800 GPUs) measures 330 square millimeters. 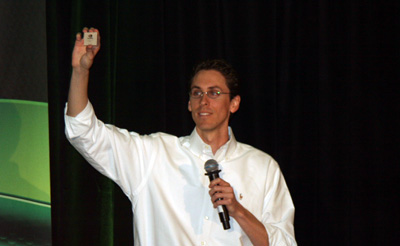 Of course, the wafer real estate required for each chip means greater manufacturing cost, and you can probably guess where that expense is ultimately shouldered. That said, the GPUs pack a lot of punch.

They use a double-slot design that measures 26.67cm (10.5 inches) in length. You might want to break out the measuring tape on your box, and also make sure you've got 6-pin and 8-pin power connectors to feed the GTX 280 board's 236W demands. The GTX 260, meanwhile, needs two 6-pin connectors for 182 watts board power. 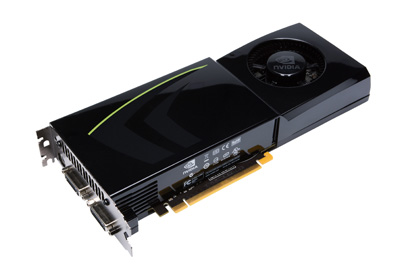 The big GTX 280 sports a 512-bit memory controller — an upgrade from the previous generation 384-bit controller — connected to 1,024MB GDDR3 memory running at 1107MHz. The chip has 240 processing cores (which used to be called shader units) and 32 edROPs (raster operations processors), and clocks at 1296MHz. Nvidia is selling its new big GPU for $649 (£333) beginning tomorrow. 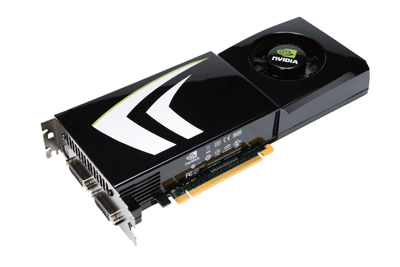 All said, Nvidia claims the GPUs on average give a 1.5x performance boost over GeForce 8 or 9 series GPUs.