US distributor yanks Limbo of the Lost

A former pub landlord and two chums who together created a computer game and signed a big distribution deal with a major US games supplier have been accused of ripping off other titles' content.

Back in May, local newspaper the Kent Messenger interviewed Steve Bovis, Tim Croucher and Laurence Francis, all from Maidstone, Kent, who had developed a game called Limbo of the Lost, building on a concept they came up with in the 1990s.

"Between the three of us we researched, wrote, designed, animated, scripted and developed the whole game from home," Francis, 47, told the paper.

"Our hope, if everything goes well with the sales," he added, "is that within a year we will all be stopping the day jobs and doing this full time."

Skip forward a month or so to early June, and Limbo of the Lost - the title comes from a book about the Bermuda Triangle - is now on sale in the States. It's distributed by Tri Synergy, the company with whom the trio, who operate as Majestic Studios, had done the deal that prompted the Kent Messenger story.

A copy of the game found itself in the hands of Eric Franck, a writer with website GamePlasma. He gave it a try and was surprised to find some of the scenes in the game seemed strangely familiar. He fired up Elder Scrolls: Oblivion and was shocked to see images from the older game apparently reproduced in the new title: 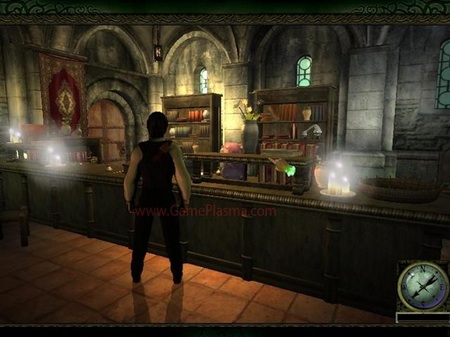 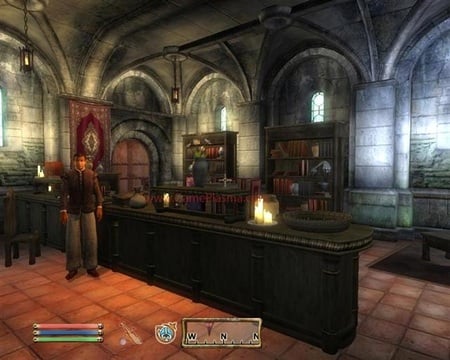 Franck produced a series of side-by-side screengrabs showing the apparent similarities he spotted. You can see the full selection on GamePlasma here.

That was last week. Since then numerous gamers have posted what they allege are more instances of scenes in Limbo of the Lost that bear remarkable resemblances to areas from titles like BioShock, Crysis, Unreal Tournament 2004, Painkiller, Diablo 2, Return to Castle Wolfenstein and many others.

A forum on GamesRadar has this pair and a stack of others: 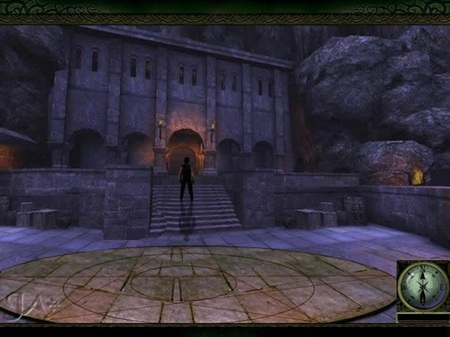 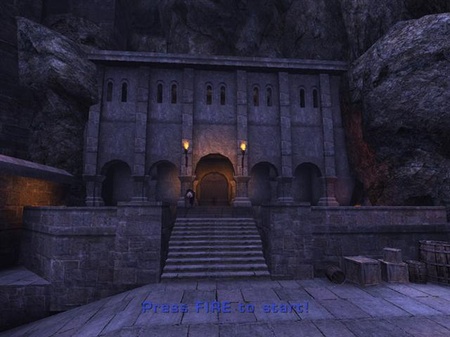 It's been alleged that the game contains screens and even footage taken from DVDs of movies like Pirates of the Carribean and Sea Dogs.

Limbo of the Lost is a point-and-click adventure in the tradition of Myst. The player's presented with a static view of a location. A click with the mouse indicates the direction you want to move in, and up pops a picture of the location you've moved too. Back in the mid-1990s, they were all the rage.

Tri Synergy said it was "shocked" by the screenshot comparisons. "At no point during our dealings with Majestic Studios up until the point that the comparison was first publicly made by a third-party did we have any knowledge of these similarities," it said.

"Tri Synergy will discontinue distribution of Limbo of the Lost in both retail and online outlets. We have contacted the developer, Majestic, and are anxiously awaiting their response. "

Thanks to Andrew Ferguson for the tip.

And that, kids, is why we don't play the Emergency Alert System tone on TV
Bootnotes27 Jan 2023 |