Limbo of the Lost music not stolen, claims composer

The composer of the music used in controversial adventure game Limbo of the Lost has confirmed that his music was used within the title legitimately.

In an email to Register Hardware, Germany-based freelance composer Marko Hautamäki said: "I composed all the game level background music you hear in the game itself, as well as in most of the animated features included on the bonus DVD. My music was also used in many of the game trailers and features.

"I can 100 per cent guarantee [the legitimacy of] everything I was involved in, and I have the original project files to prove that," he added.

While Hautamäki is understandably unable to confirm whether other music and sounds used in the game were included with the permission of their respective composer or composers, he did tell us that "Majestic Studios project leader Steve Bovis has assured me that there isn't any stolen music in the game".

Earlier this week, we reported how website GamePlasma spotted marked similarities between Limbo of the Lost's static backdrops and locations presented by a number of other games, in particular Elder Scrolls: Oblivion. 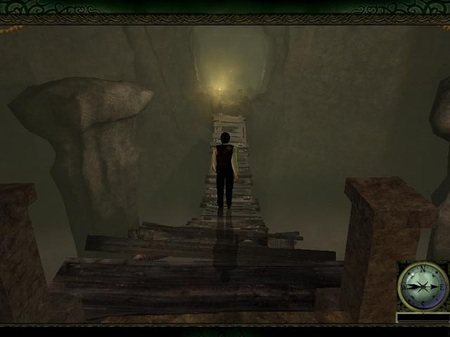 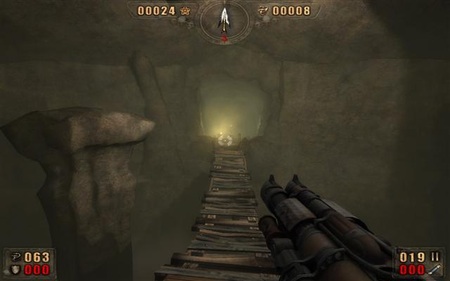 Limbo of the Lost (top) and Painkiller
Images courtesy GamesRadar

Gamers soon added to the list, pointing out alleged appearances of art from Painkiller, Diablo 2, Unreal Tournament 2004 and others in Limbo of the Lost.

Regarding the claimed graphical plagiarism, Hautamäki said: "I hope there will be some explanation to that from Majestic Studios. At the moment, they are the only ones who know how or why this happened."

Indeed, it has been suggested that Majestic outsourced the art production just as it did the music, and may have included what appears to be other games' content in ignorance. As yet, however, Majestic has not responded to the controversy.

Hautamäki, who was credited in the game's PDF manual, told us he "worked on the music for the Limbo of the Lost game from May 2006 to December 2006 as an outsourcer", stressing that he was "never a part of Majestic Studios core team".