A fresh blow to the government, as it were 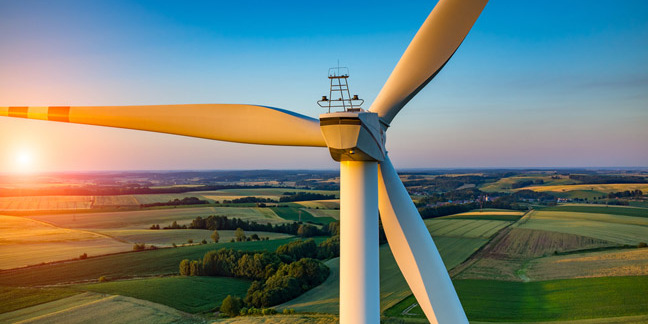 Analysis Good news and bad news. This week's government strategy document-cum-consultation on renewable energy, and on how the UK proposes to meet its EU obligation to derive 15 per cent of its energy from renewable sources by 2020, shows clear signs of practicality and joined-up thinking. But making it to the magic 15 requires several desperately optimistic assumptions, and the gloomy subtext is all too evident.

Check out the language. It's a "very challenging target" that will require "action at all levels... if all the options set out in this document were successfully implemented... our scenarios suggest it will be possible to reach 15 per cent renewable energy in the UK by 2020. This is at the top end of the range of possible outcomes and would require a very rapid response from suppliers, with a step change in the rate of building renewable technologies."

So even the authors think we're screwed. But mainly from the point of view of hitting the 15 per cent on time - if you're not wholly convinced that the world is going to end if we're not wind farms a go-go by 2020, then you might reasonably welcome the signs of progress evident in the document. It is, incidentally, written from the standpoint that we should address the issues of anthropogenic global warming and energy security, so even if you don't buy the first you might possibly worry about the second.

It's a big document, but whichever way you approach it the answer comes down to two things - wind and, er, biofuels. We need, it says, 14 GW of onshore wind generation compared to the 2 GW we have today, and about the same in offshore wind. Other forms of generation - biomass, microgeneration, sewage and landfill gas, hydro and wave power - make up the balance of the 35 GW plus renewables generation requirement, but wind is by far the chunkiest of the lot, and there's a good bit of optimism involved.

The Renewables Advisory Board, which produced a summary "2020 vision" document earlier this month, is claimed by yesterday's document to have "estimated that around 13 GW of onshore wind could be deployed by 2020." Er, up to a point. The RAB document said a target of 13 GW of onshore wind would have to be achieved by 2020 in order to make its figures work, and that this would mean bringing slightly less than 1 GW p.a. of onshore wind on-stream. Really, RAB was setting a challenge that would have to be achieved via government action, and yesterday's document was about the government explaining how it might do this.

Three main mechanisms are to be used to tackle the renewable generation target - the Renewables Obligation, connectivity with the electricity grid, and speeding up the planning process. There's also some reference to energy efficiency, on the basis that getting overall consumption under control makes the hill easier to climb, but in the main that will wait until later in the year, when the government "will consult on a new strategy to achieve a step change in household efficiency." For the moment, however, the strategy is concentrating on the supply side.

No to feed-in tarrifs

The Renewables Obligation obliges electricity suppliers to source an increasing proportion of their electricity from renewable sources, and as it currently stands it is predicted to result in about 14 per cent of consumption to come from renewable sources by 2015-2020. In order to meet the EU obligation, says the document, "we will need to at least double this figure."

This could be done via sticks, carrots or a combination of the two, but the non-negotiable bit is that the Renewables Obligation "will nevertheless need modifying, including significantly increasing the level of the Obligation (e.g. 30-35 per cent), and extending its end date. On the assumption that the RO is maintained, we would like your views on any further changes required."

Next page: A land fit for wind turbines
Page:
Tips and corrections
72 Comments

Team chilling over weekend to pick it back up on Monday

Great Scott! Bitcoin to consume half a per cent of the world's electricity by end of year

Consumer ransomware insurance? You could be painting a target on us all for avaricious crims

D'ya hear that, cybercrooks? $50k up for grabs.