Is SproutCore worth the Flash and Java iPhone snub?

Put this together with Apple's aversion to Adobe Systems' Flash or Sun Microsystems' Java on the iPhone, and it seems plausible SproutCore will be Apple's official route to Rich Internet Applications (RIAs) on its increasingly popular phone. There's even more room to conclude this, given SproutCore appears to be used in Apple's MobileMe service.

It's time to take a look at SproutCore.

It turns out that SproutCore is not just a JavaScript framework. It is also a set of development tools, written in Ruby, that generate HTML and JavaScript from templates. The project also includes a test framework and a build tool that generates optimized code ready for upload to a web server. A SproutCore application is deployed as static files; Ruby is not used at runtime. 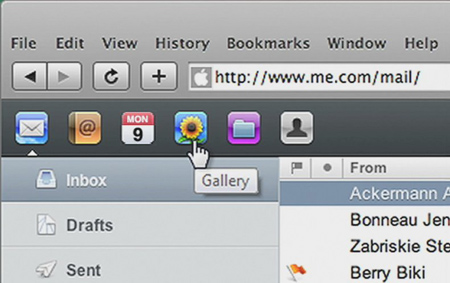 SproutCore in Apple's MobileMe - is it for you, too?

OK. Let's not get carried away with the facts SproutCore is open source, it uses JavaScript, and Ruby, and that it works on the iPhone. SproutCore is a work in progress. Internet Explorer is not properly supported, and although IE7 at will be supported soon, SproutCore framework co-founder Charles Jolley has said IE6 may never be catered for. That is understandable, bearing in mind the quirks of IE6, yet Microsoft's obsolete browser still has a 27 per cent market share, according to the latest figures from HitsLink.

Windows is not ideal for developing with SproutCore either, because of differences in the build environment, path structure, and the use of symbolic links. I used Ubuntu Linux, running as it happens on Windows Vista in VirtualBox. The prerequisites are Ruby, Rubygems, and a standard set of build tools, all of which let you install SproutCore with a single command: gem install sproutcore. Alternatively, it runs nicely on a Mac.

That aside, creating a "Hello World" application in SproutCore is a trivial task. A single command generates a skeleton application, with resources neatly arranged into several folders. SproutCore uses a Model View Controller (MVC) architecture. Each web page has its own folder, with sub-folders for models, views, controllers, tests, and language resources. A SproutCore page may be an entire application, since it leans towards the desktop model, in which many actions are possible within a single window.

In the language folder is body.rhtml, where you can start adding content. Here is a label:

It may be out of sync with the US govt, but Huawei is rolling out its Harmony OS to more devices in 2020

Not for the mobe market, more an IoT future for microkernel-based system

Sailfish OS given a Jolla good buffing as version 3.1 bobs gently into port

The OS is 'no longer' important to Microsoft, and yet new Surface kit has 3 Windows flavours

And an Android device – confusing or what?