If this were a school report, it would read "must try harder"

Review An almost infinite number of iPod speaker sets are now available, but one manufacturer that's kept up a consistent quality with its music-player peripherals is Logitech.

Measuring 335 x 90 x 40mm, and weighing 726g, these are not the most portable of portable speakers. They're too big to fall under the go-anywhere travel-speaker category - the Creative TravelSound speakers are a better example of truly transportable tunes. 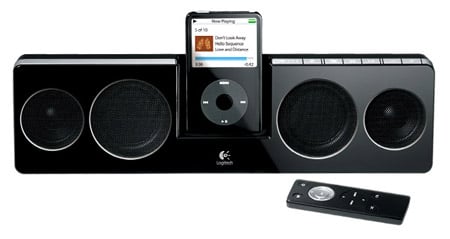 Despite taking up a little more space in your suitcase than is perhaps necessary, they do come in a nice, reinforced travel case to protect against bumps and bruises caused by reckless baggage handlers.

The glossy black finish looks nice, and Logitech has adopted a minimalist approach to the set's appearance. The front features the speakers and nothing else. The buttons are positioned towards the top right-hand side and include power, controls for shuffle and repeat, and a Stereo XL mode. There's also a battery-level gauge with three little LEDs indicating just how much tune time you have left. 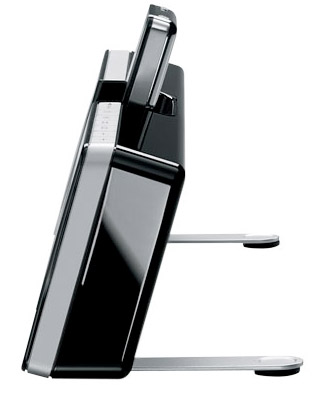 We blasted out bass-heavy tracks like Been Caught Stealing by Jane's Addiction and Saint Etienne's Filthy and, truth be told, the performance was passable but nothing more. With the volume up full, less thunderous tracks like I Just Want To Celebrate by Rare Earth fared better, but we've heard better from smaller and less expensive offerings. The Stereo XL mode makes things a little better, but not all that much.

The little remote control is kind of cute. It looks a little like the one you used to get free when you fork out (too much) for an Apple laptop. All the same functions are covered and it's extremely easy to master, and works with the various iPods and iPhones we tried.

The Pure Fi Anywhere iPod speakers support all iPod models with a dock connector, but other portable music players are catered for too, thanks to a 3.5mm auxiliary input. This is also useful for hooking a laptop should you feel the need to play tunes this way instead. We found however, if left not doing anything for a while they have a tendency to switch themselves off. Great if you're thinking green, frustrating if you forget and wonder why you can't hear any music.

A disappointing product from Logitech. We hoped for much better sound quality. Certainly they look lovely, but if you're serious about broadcasting bass, these bad boys aren't for you.

Not bad speakers, but they're not worth a ton of your hard-earned.
Price: £99 / $130 / €150 RRP
More Info: Pure Fi Anywhere iPod speakers on Logitech's website
Corrections Send us news
2 Comments