The UK Ministry of Defence has received some qualified praise for its ongoing, enormous effort to replace hundreds of different internal IT systems comprising scores of thousands of machines with a single integrated infrastructure. 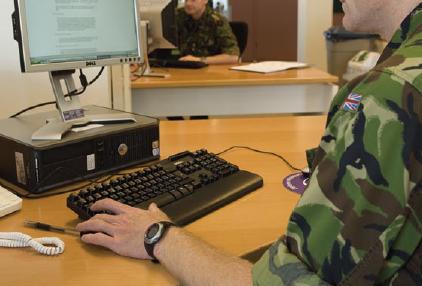 The National Audit Office, reporting on the Defence Information Infrastructure (DII) project, says that costs are being controlled and kit works - but delivery is slower than it should be.

“It was always going to be a demanding task for the Ministry of Defence to replace its diverse information technology with a single, high quality system," said Tim Burr, top government auditor.

"The MoD started with a clear vision of what it wanted to achieve and acted to address known risks. But the Programme has run into difficulties and further concerted action will be needed to increase the rate of roll out of terminals and to deliver the remaining software.”

The NAO says that Defence programme managers and contractors have "largely" stayed in control of costs, with the forecast pricetag escalating by only 3 per cent since 2005. The auditors also say that the hardware and software delivered so far generally works, and that the project has delivered useful systems quickly to support campaigns in Afghanistan and Iraq.

However, the NAO report says that rollout rates have been unacceptably slow. It seems that there should have been nearly 63,000 terminals up and running as of July '07. In fact, there were only 29,000 and the DII first increment completion date is set to be 18 months late. Likewise, despite unchanged software requirements from the customer, "the Programme has experienced difficulties in delivering" the required applications.

Even so, in the general context of massive UK gov IT projects, the DII seems to be proceeding relatively well. ®