The highs and lows of former-Borland's Dumbledore

You'd be hard pressed to find anyone in the software tools business who has seen more changes in programming than David Intersimone. Not all of them welcome.

Best known as "David I," he worked for more than two decades at Borland Software, the company regarded by many as having invented the integrated development environment (IDE). At Borland, Intersimone held positions as director of research and development for languages and tools covering Windows and Java.

Next he became vice president of developer relations and chief evangelist at Borland's subsidiary, CodeGear, where he was responsible for an online developer community of more than six million codederos. And as of last week Intersimone officially became an employee of Embarcadero Technologies.

A self-described "code junkie," he's widely known as a champion of software developers, and frequently referred to in industry rags as an icon. "It's the beard," Intersimone told The Reg recently. And, sure, that beard may make him look the headmaster at Hogwarts, but Intersimone is all about programming in the real world.

"The thing I think about most of the time is how we can provide developer environments and tools that can do a lot of things very simply and easily, but that don't keep you from all the power, all the expressiveness - all the craziness - you need to build something wonderful," he said. 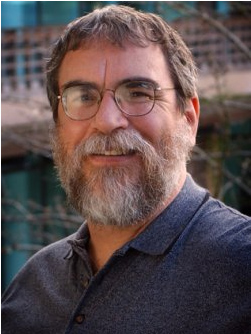 It's probably his belief in building "something wonderful" that's helped keep Intersimone going. Borland not only paid the price for taking on the giant Microsoft but its flag-carrying tools business was crushed by shifting industry tectonics before being unwanted by its own management.

During his twenty-five-year tenure at Borland the company established a firm - if distant - number-two position behind Microsoft on Windows tools thanks to its Turbo Pascal and Delphi tools offering Rapid Application Development (RAD). Borland then jumped on some new fangled thing called Java last decade, creating one of the industry's most consistently popular Java IDEs - JBuilder.

Microsoft, though, is not known for letting competitors get too uppity, especially not last decade when it played dirty against Netscape. Microsoft went under cover and Intersimone saw a number of his colleagues lured away to become employees of Microsoft. These included Anders Hejlsberg, a principal engineer of Turbo Pascal and Delphi chief architect. Hejlsberg went on to create Microsoft's object-oriented language offering C#. Such was the brain drain, Borland took Microsoft to court in an attempt to see it off.

By the start of 2006, the juggernaut Borland faced was no longer Microsoft. It was the open-source Eclipse that had effectively flattened the IDE market. Such was the pressure Eclipse exerted on licensing and innovation from tools vendors like Borland that even this company, with its hugely popular JBuilder and technology heritage, was looking to get out of the game by spinning out its IDE products as a separate business.

After eight months, nobody was biting and Borland reluctantly retained its IDE tools. Not that it was happy, and the business was still up for sale. Then came along Embarcadero, which this year purchased Borland's IDE business - which included JBuilder and a reinvented version of its venerable Turbo line called Developer Studio, plus several of the company's star employees including Intersimone.

Rather than roll over and die as a lesser mortal might throughout this, Intersimone came to see the frameworks emerging from Eclipse - that ultimately helped unseat him from Borland - as "leveragable resources."

Next page: Once again, with feeling
Page: