UK hosting company Bytemark has seen the future of servers and it's... er... a processor designed for tiny laptops and desktops.

Yes, we're talking Intel's Atom, specifically the 1.6GHz 230, which Bytemark's now using as the basis for what it claimed were its lowest-cost dedicated Linux-running servers yet. 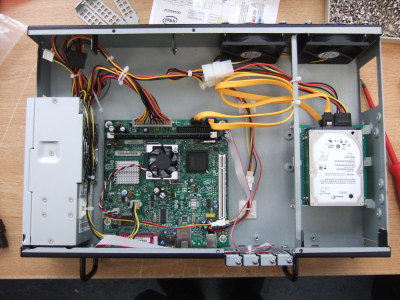 Bytemark charges less to set the system up, too: £50 for the Atom box, £100 for the Athlon. Both CPUs are single-core jobs.

Part of the reason for the lower cost is the power saving: the Atom system consumes 25W in total - a lot less than the Athlon rig does, Bytemark's Matthew Bloch claimed.

"[Atom] might not do for your HD TV playback or gaming," he said, "but when it comes to pricing servers in the data centre, where electricity prices are still marching north, the Atom’s 6W board is king."