Whoever said storage wasn’t sexy was dead wrong - at least according to LG. The firm’s launched a range of portable hard drives that are more designer than desktop. 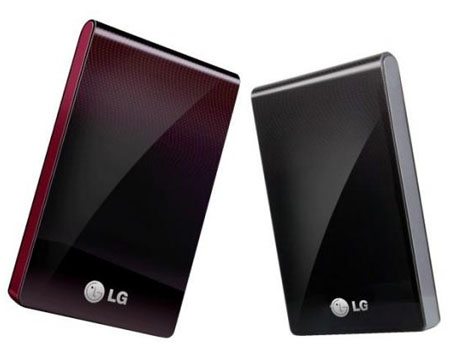 The XD1 2.5in range features a snakeskin-like look dubbed “Sunrise Gradient” and can be bought in either a “red wine” shade or sultry “black pearl”. Users can choose between a 120GB, 160GB, 250GB or 320GB storage capacity.

LG’s created one set of XD1s sporting a USB connection and another set with an eSata/USB 2.0 combo, which the firm states has a data transfer speed of up to 480Mb/s.

The LG XD1 has only been unveiled in Korea so far, but hopefully a UK release date and price isn’t very far behind.

OK brainiacs, we've got an IT cold case for you: Fatal disk errors on an Amiga 4000 with 600MB external SCSI unless the clock app is... just so