Take The Force with you

The technology behind the Star Wars MP3 player is hardly light years ahead, but the unit’s kitsch value alone means it’s sure to excite some of the film’s fanatics. 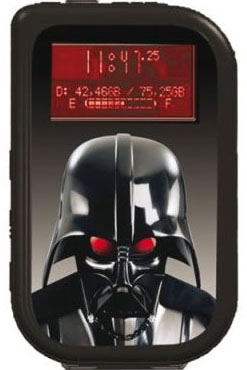 Sadly, the player’s major drawback is that it only has a 512MB internal memory and there’s no mention of an SD memory card slot for extending that capacity. 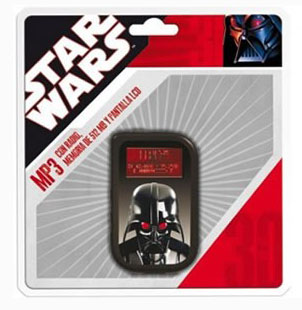 Many Bothans died to bring you this MP3 player

Thankfully, an integrated radio is the one saving grace. Although quite what the reception for Radio 5 Live is like on Tatooine or Naboo is anyone’s guess.

A small LCD display’s built into the player’s front. The MP3 unit doesn’t run on The Force, but rather a pair of supplied rechargeable batteries. A USB cable’s also thrown in for transferring tracks onto and off of the player.

All flasher Tintri makes play for the cash-strapped: Buy 'em drive by drive