But not enough to knock the Wii off course

US PlayStation 3 sales almost doubled last month on the back of the latest in the Metal Gear Solid game series - but the Wii remained June's games console champion. 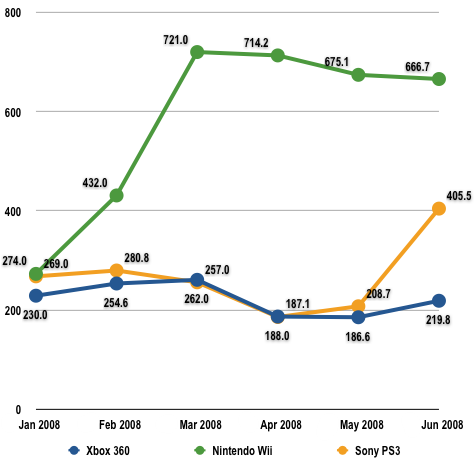 But for June's sudden increase, the Wii would have outsold the PS3 by the same margin.

PS2 sale remain strong, coming in not far from the 360 and PS3 curves, sometimes above, sometimes below, on average much the same. The average number of PS2s Sony has shipped each month this year is 223,500.